We'd much rather sit up front than in the back.

The Lamborghini Urus is officially on sale, and as models slowly trickle into the public eye through dealerships and auto shows, more details of the polarizing sport-utility vehicle are being seen. Motor International recently had the opportunity to get a good look inside and out, as seen in the video above.

Of course, we know the Urus will be fast. Its biturbo V8 makes 650 horsepower (484 kilowatts) and 627 pound-feet (850 Newton-meters) of torque, which Lamborghini says is enough to send the crossover to 60 mph in 3.6 seconds. It has a top speed of 190 mph, and since the mad Italian supercar manufacturer will also seek to score a Nürburgring record for SUVs in the coming months, we suspect it can tackle corners with some measure of athleticism as well.

That will be sorted out once we get behind the wheel for our own road test, but in the meantime, this video gives us a taste of the other mission for which the Urus is designed – that of a conveyance for more than just two people. The front seats looks properly comfortable, and the cockpit layout certainly isn’t lacking for buttons, switches, and all the sharp angles we’d expect from Lamborghini. The power-adjustable rear seats, however, look a bit worrying from the perspective of head and leg room, which is something we also noticed in the official launch photos. And don’t forget there’s only space for two back there – a feature not exactly becoming of an SUV. 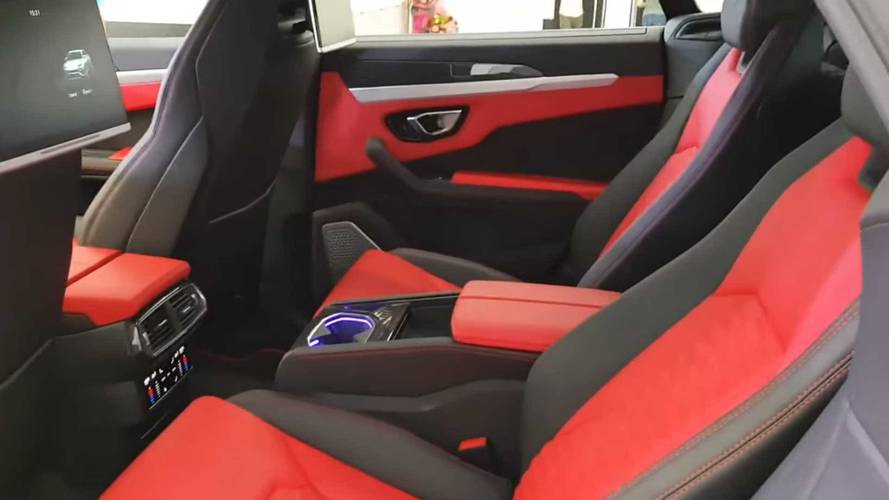 Sadly, the video abruptly cuts while looking at the driver side rear door, so we’re not privy to a close look at the cargo space in back. Given the sloping roofline and position of the rear seats, we’re not expecting to see the same kind of capability as that of the Audi Q7, of which the Urus shares its platform. Still, in Lamborghini terms, space for four people plus luggage is positively cavernous.

Lamborghini is hoping to sell 3,500 units a year, with a starting price of $200,000. We know the Urus has plenty of sport, but whether the utility portion is enough to satisfy buyers remains to be seen.