Alfa Romeo Large SUV Will Be Brand's Biggest Car Ever 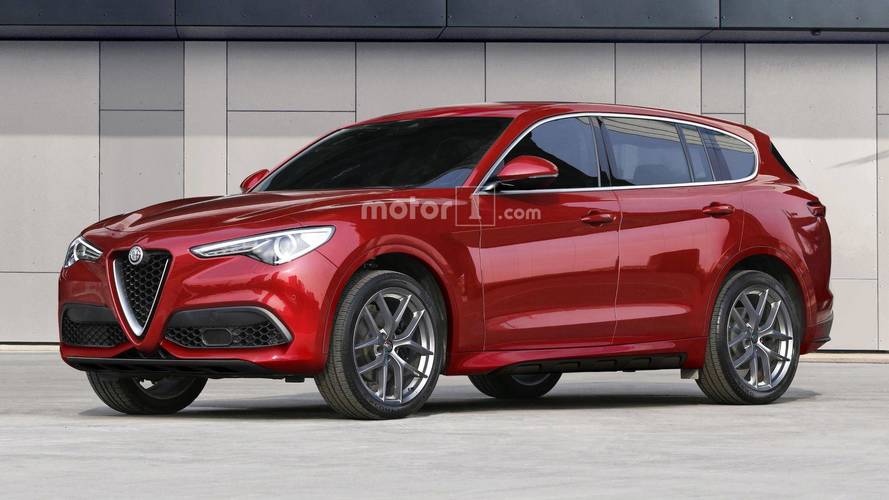 While a large sedan to slot above the Giulia has reportedly been delayed until 2021, new intel suggests a big SUV is in the works for those in need of something more spacious than the Stelvio. Auto Express has it on good authority Alfa Romeo has green-lighted a second SUV to take on the likes of Audi Q7, BMW X5, Mercedes GLE, and Volvo XC90. It's set to become the company's biggest production model ever made.

Rather than developing a new platform for the yet unnamed SUV (Castello?), FCA will save money by once again putting to good use the same architecture engineered for the Giulia and Stelvio, but obviously adapted for the new application. The prospects of a bigger SUV – likely with seven seats – are more than just hot air as the company’s technical officer, Roberto Fedeli, has hinted it will happen:

“The Stelvio for sure is an example of Alfa DNA, why don’t we translate that in a car which is a little big bigger?”

He went on to suggest the new SUV will benefit from electrification, but not a plug-in hybrid powertrain. Instead, the model is going to receive a mild hybrid system focused towards performance rather than efficiency and with a total output estimated at 400 horsepower from a 2.0-liter four-cylinder gasoline engine and a 48-volt e-turbo system.

Set to become Alfa Romeo’s flagship model, the large-and-in-charge SUV will be roughly 200 kilograms (441 pounds) heavier than the Stelvio, according to Fedeli. The weight penalty will be caused not only by the increased size, but also due to the adoption of the aforementioned mild hybrid powertrain. Work is already well underway as the company is currently testing the new model on a simulator and is happy to report “the result [mild hybrid setup] is not so bad.”

It’s expected to come out around the end of the decade and will be followed by a completely new Giulietta. The company hasn’t made up its mind just yet about the future of the 4C, whether to take the evolutionary route or engineer the model from the ground up with a new platform and engine.

As a final note, let’s remember the 2017 to 2020 roadmap that emerged last year, which aside from featuring the fullsize sedan and the Stelvio, it also included two more SUVs (likely this larger one and a sub-Stelvio model), along with a hatchback (new Giulietta?), and a couple of specialty models. The last two might have something to do with the 4C, which is due for an update late 2018 for both coupe and spider flavors.