Koenigsegg makes sure you can beat your Regera with a hammer and drive it over a curb.

Koenigsegg built just 80 units of the Regera and sold them for $1.9 million each. The limited production and astronomical price didn't keep the Swedish company from crash testing the hypercar, though. In celebration of reaching a million followers on Instagram, the automaker has released a short video highlighting the torture testing that the Regera went through. The clip is painful to watch but somehow also incredibly satisfying. 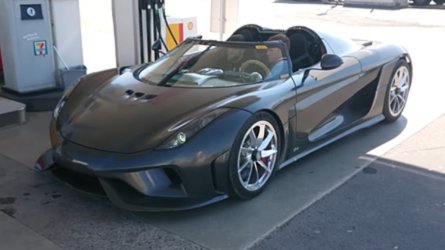 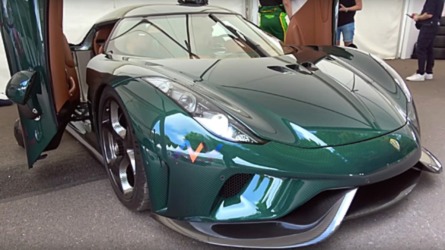 The video shows off the strength of Koenigsegg's carbon fiber construction. The lightweight material doesn't appear to deform as much in a crash as the metal that a traditional vehicle would use.

Things get even more impressive after the crash tests, though, because Koenigsegg shows off some if its other, brutal technical evaluations. Someone beats the hypercar's front bumper with a hammer, and there's not even a scratch. The underside of the vehicle receives similar punishment, and someone even has the fun job of slamming the visually impressive dihedral doors.

The clip also reveals some of the brutal on-road tests that Koenigsegg performs. Should an inattentive owner ever try to clear a curb at high speed in the hypercar, the company makes sure the vehicle can take the punishment. It makes a sickening crunch, though. Running into a large obstacle in the street causes some damage to the front end but doesn't seem to completely ruin the coupe.

The Regera has a powertrain as impressive as its strength in this video. A biturbo 5.0-liter V8 would be enough for many hypercars, but this one has three electric motors, too. The result is a total of 1,500 horsepower (1,118 kilowatts). The coupe can reach 62 miles per hour (100 kilometers per hour) in 2.8 seconds, and there's an electronically limited top speed of 255 mph (410 kph). Customers wanting more downforce can now get an optional Aero Package (in gallery above) that produces a maximum of 849 pounds (385 kilograms), versus the 683 pounds (310 kg) from the standard body.