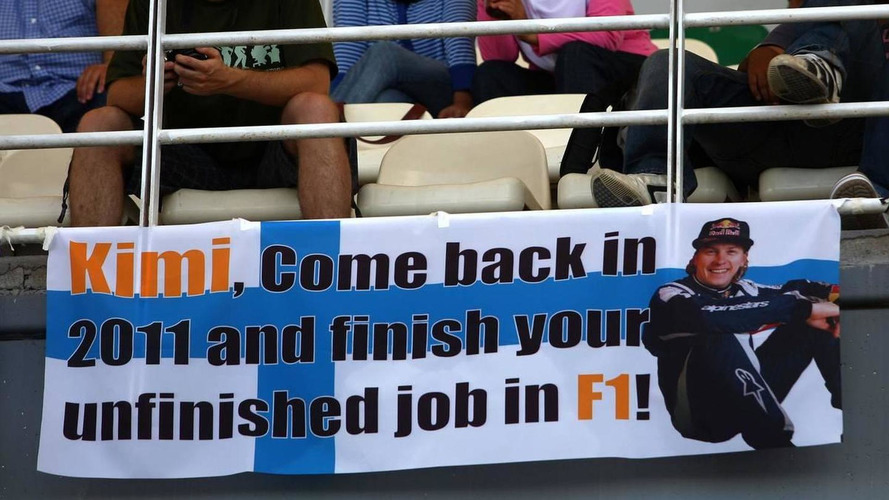 Renault could be set to push for Kimi Raikkonen to become Robert Kubica's future teammate.

Renault could be set to push for Kimi Raikkonen to become Robert Kubica's future teammate.

It is now widely expected that the Finn, who left his Ferrari contract one year early to race in the world rally championship this year, is not keen to return to formula one as early as 2011.

But according to Finland's Turun Sanomat, Renault might be courting as a possible sponsor the American credit card multinational MasterCard.

Citing paddock rumours, the report said MasterCard would be interested in the deal "if Raikkonen would drive as Robert Kubica's teammate".

But 30-year-old Raikkonen's manager Steve Robertson reportedly denied that even exploratory talks with Renault have been held.