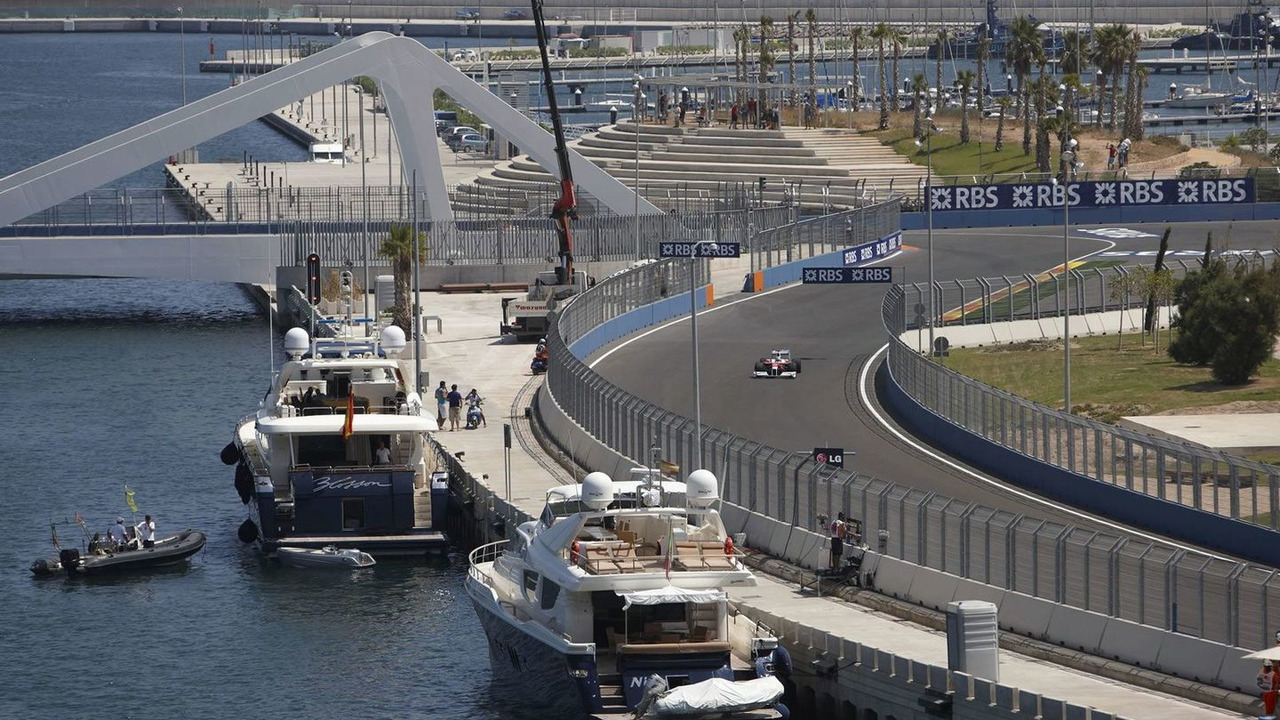 Changes to the layout of Valencia's street circuit could be made prior to F1's return next year.

Changes to the layout of Valencia's street circuit could be made prior to F1's return next year.

After last weekend's third consecutive running of the European grand prix in the Spanish port city, the layout has again been criticised for not hosting enough overtaking moves.

The promoter Valmor Sport has announced it is considering a number of changes to improve overtaking as well as safety.

"We want to apply changes and will listen to the drivers," Valmor president Jorge Martinez Aspar said.

"We are looking at a series of small changes in some parts of the track, three in particular, to see if it will give more overtaking," he said, adding that the FIA will also be consulted.

The organisers are expected to meet with the drivers at Silverstone next week.

Aspar also expressed concern that a marshal had to retrieve a glass bottle from the track last Sunday, but seemed to deny Ferrari's claim that an angry fan had lobbed it over a fence.

"We don't know how it got there," he said. "If someone had thrown it, it would be broken.

"This is something to be avoided, but it can happen anywhere."