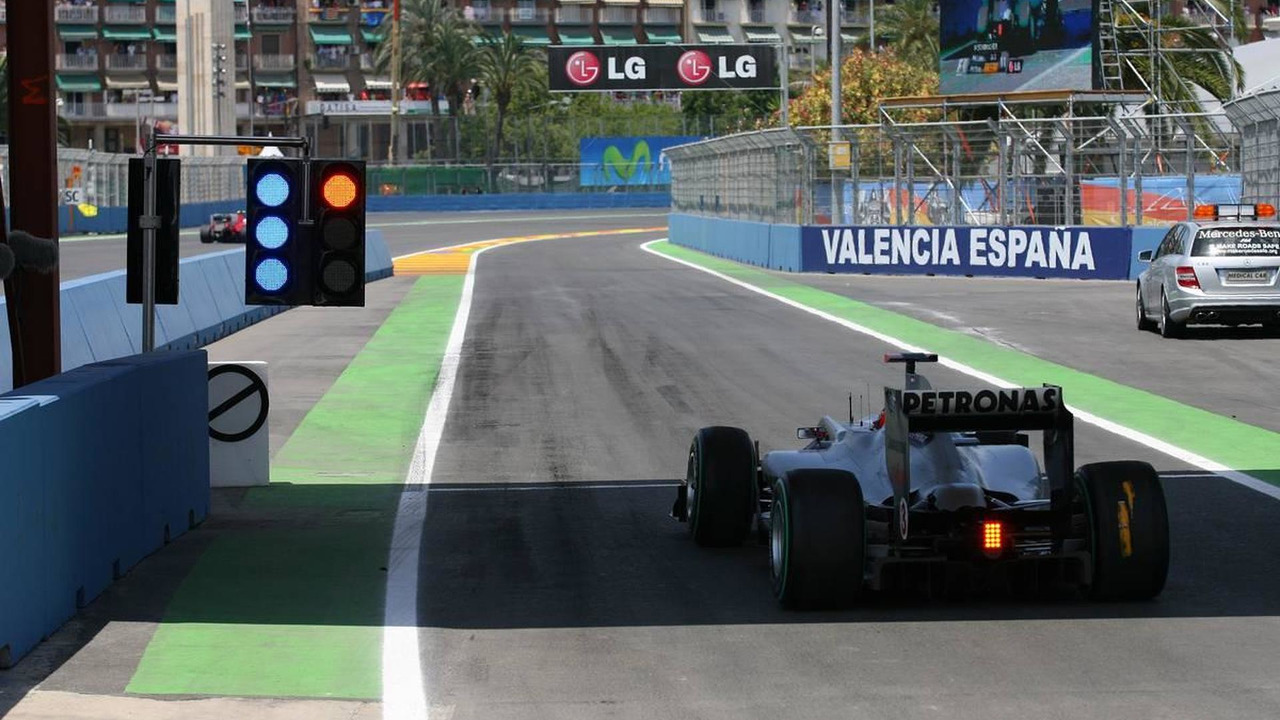 Meetings have been arranged to address the issues that arose after Sunday's European grand prix.

Meetings have been arranged to address the issues that arose after Sunday's European grand prix.

Fernando Alonso and Ferrari were furious when a mere and late drive-through penalty for Lewis Hamilton's safety car overtaking in Valencia still allowed the McLaren driver to finish second.

But also unhappy were several of the nine drivers given 5 second time penalties for driving too quickly during the same safety car period.

"Vitaly (Petrov) came in too quickly and we accept the penalty for him, but it's hard to understand Robert (Kubica)'s penalty," said Renault's chief engineer Alan Permane.

Also seeking clarification is Mercedes, after Michael Schumacher found a red light at the end of the pitlane despite the fact a line of traffic was not yet formed up behind the safety car.

"There was a green light for a moment and then suddenly it went red again. We believe that this was not correct," said Michael Schumacher.

Alonso wrote on his Ferrari blog: "I was pleased to hear that the FIA has reacted promptly, calling an extraordinary meeting of the Sporting Working Group and I am confident, certain even, that all the points up for discussion will be cleared up in a comprehensive fashion."

It is understood the meeting will be held next week.

Moreover, Mercedes' Ross Brawn told Germany's Auto Motor und Sport that the issues will be discussed by the team bosses at Silverstone next Wednesday.

"There are too many unanswered questions that can be interpreted either way," he said.