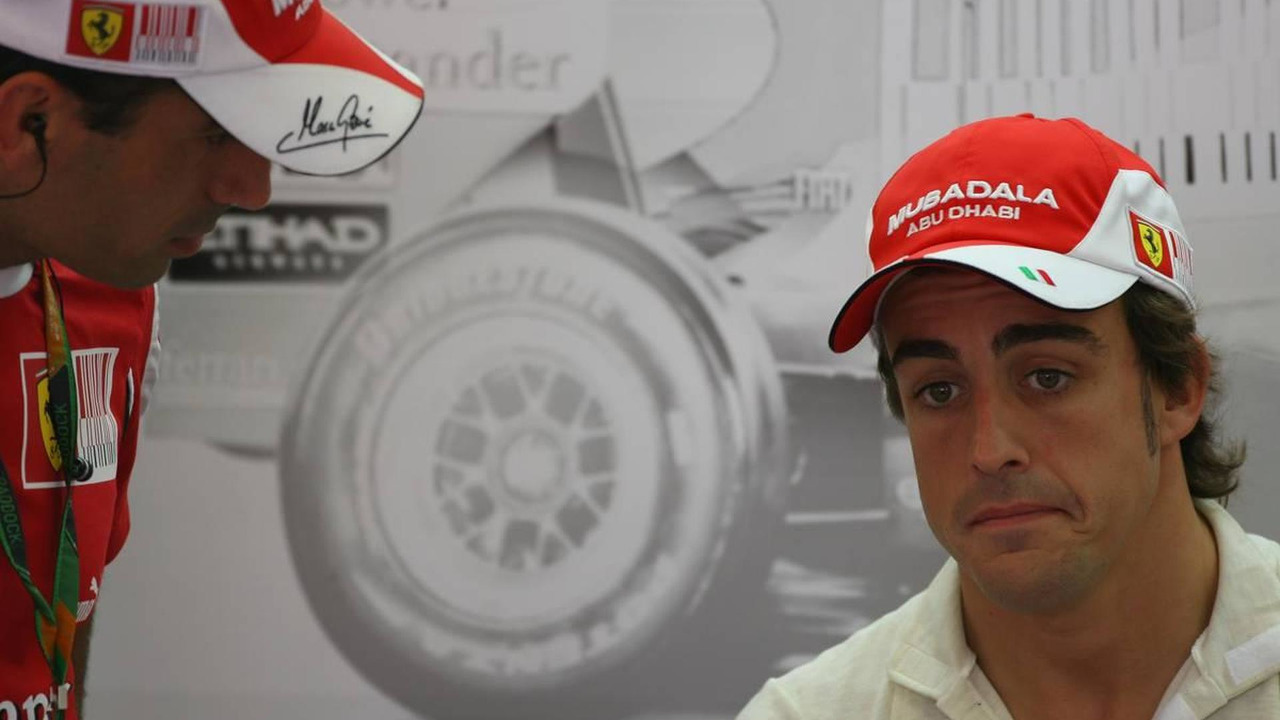 Fernando Alonso says he is no longer angry after reacting furiously to the outcome of Sunday's European grand prix.

Fernando Alonso says he is no longer angry after reacting furiously to the outcome of Sunday's European grand prix.

Insiders suggested the Ferrari driver had risked sanctions for questioning the actions of the FIA stewards in applying a drive-through penalty long after Lewis Hamilton overtook the safety car in Valencia.

"On Sunday evening, I was very angry about everything that happened, but now that anger has been transformed into positive energy driving a desire to fight back," he wrote in a diary entry posted on the team's official website.

His calmer comments are being viewed by some headline writers as an 'apology' to the FIA.

Writing in a Telegraph blog, correspondent Tom Cary said it might be the result of a "behind-closed-doors deal with the FIA in return for the governing body taking no action" against Alonso and the equally angry Italian team.

Alonso, 28, continued: "I reacted emotionally and in that situation, it is all too easy to adopt a tone and say things that can be interpreted wrongly, giving rise to suspicions, something which I had no intention of doing.

"Sure, I understand that the stewards have a difficult job to do and they have to take decisions that are not easy.

"What I meant was that those drivers who, like us, respected the regulations, unfortunately, in this situation, suffered much more than those who broke them, even though they were given a penalty," said the Spaniard.

He also played down suggestions the affair is a re-opening of his personal war with former McLaren teammate Hamilton.

"I am not referring to any of the drivers in particular: it's a general matter and I think we should talk about it together in a calm way, to ensure that things like this do not happen again," said Alonso.

But if Alonso is feeling contrite, the same cannot be said of the writer of news items at the official Ferrari website.

Once again citing the forum comments of fans, one fan is said to have discovered that stewards "were watching the Germany-England match on TV after the race".

"Can you believe it? ... We want professionals!"

Another fan advocated Ferrari staging a "boycott" of next weekend's British grand prix, and yet another hit out at the fact that "the sport's ruling bodies are controlled by Brits".