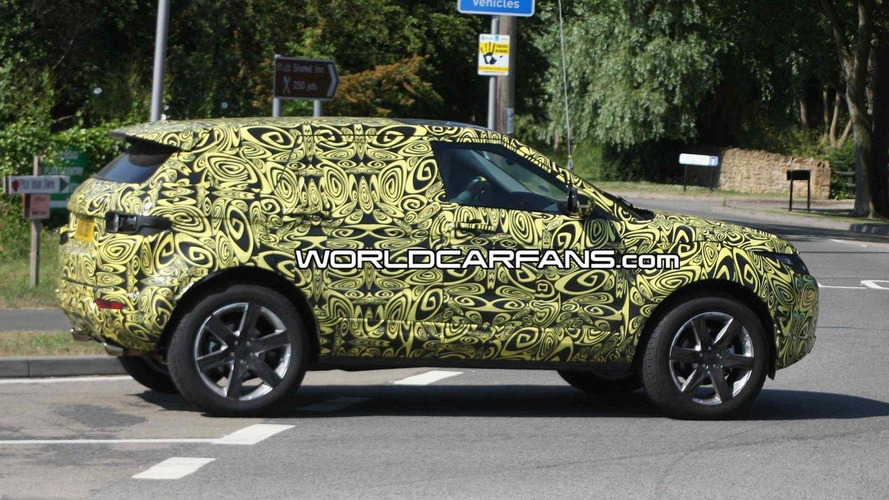 Find out more about the five-door version of the LRX, and its scheduled debut. The story inside.

Spies in England have picked up a set of pictures of the first Land Rover LRX 5-door prototype.  The SUV was spotted on the streets of Warwickshire, near Jaguar Land Rover headquarters in Gaydon.

Up until now, the five-door was little more than a rumor.  When compared to both the concept and the three-door prototype, the five-door looks to have a straighter roof that tapers much less than the other models.

The production version of the LRX is expected to be the brand's most fuel efficient to date.  The new model, and its real name, has been announced for introduction tomorrow at a closed door press conference at London's Kensington Palace.  We expect both three- and five-door varieties to be shown off, but we are not certain that both will be sold worldwide.

Land Rover's latest addition to their line-up will be sold in as many as 160 markets worldwide beginning next spring, with production to remain in the UK.  Look for the car to be unveiled to media worldwide at the Paris Motor Show in October.