Subaru Says Its Vehicle Fuel Mileage Ratings Might Be False 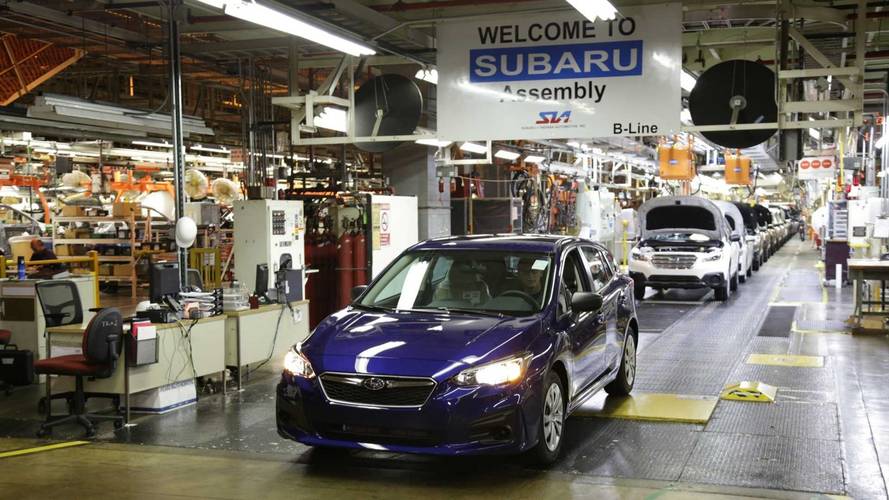 An internal investigation is underway to determine if and how the data could've been falsified.

There could be more trouble brewing in Japan for Subaru. Back in October the automaker was called out for conducting subpar final inspections on its vehicles sold to the Japanese market. Now, Reuters is reporting that an internal investigation at Subaru is underway to determine if fuel mileage readings have been falsified.

The potential issue came to light after external investigators came upon vehicle mileage data that had allegedly been altered on some vehicles during final checks. At this time, there is no information as to what specific models could be affected, nor the markets where those vehicles are sold.

“At the moment we are trying to confirm whether data was indeed fabricated, and if so, how this happened and which models are affected,” said Subaru spokeswoman Miyuki Yasuda to Reuters.

It should be noted that, while Subaru is conducting an internal investigation, the company reportedly hasn’t admitted to any wrongdoing.

This all came about because investigators were already looking into Subaru’s final inspection process for vehicles it sells in the Japanese market. Last October, Subaru CEO Yasuyuki Yoshinaga admitted the company had not followed the specific rules for those inspections for more than 30 years. Among the rules are requirements that only specially trained individuals conduct the inspections, something both Subaru and  Nissan – which is also in hot water for the same offense – say didn't always happen.

Fuel mileage readings are not part of the final safety process for vehicles, so if falsified data is discovered a recall is unlikely. It’s also unclear if Subaru could face any sort of fine or legal repercussion at the federal level. Should the claims turn out to be true, however, we suspect there would be significant fallout from current Subaru owners and lost sales from auto buyers, especially with the company already being scrutinized for side-stepping the regulations on final inspections.

We will follow up with more information as it becomes available.