McLaren looks to keep up with Red Bull in Britain 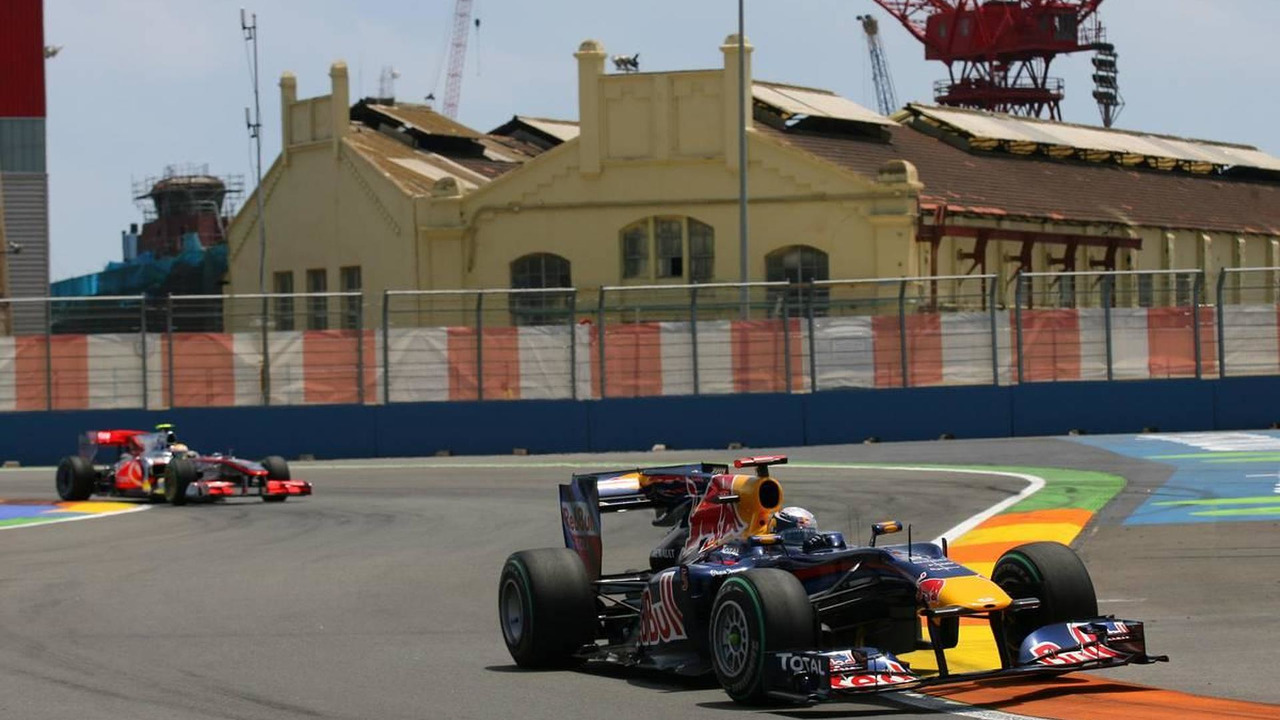 Red Bull might now be expected to maintain its return to form as formula one moves on to Silverstone.

Red Bull might now be expected to maintain its return to form as formula one moves on to Silverstone.

After two McLaren victories on the trot, and the British team leading both the drivers' and constructors' world championships, Red Bull's Sebastian Vettel won from pole position last weekend at Valencia.

It was a circuit with long straights and many slow corners that had been expected to favour McLaren, but Red Bull got its F-duct up and running in Spain.

And although with a revised layout for 2010, the continuing fast nature of Silverstone is expected to bring out the best of the RB6, whose predecessor was driven to dominant victory from pole position by Vettel a year ago.

"We hope that the next couple of circuits are more in our direction," the German confirmed after winning on Sunday.

This year's Red Bull is considered better than the 2009 car, and at Silverstone last year, Mark Webber finished behind his teammate in second place -- 26 seconds ahead of the nearest competitor.

McLaren, however, is set to introduce its version of the Red Bull-style exhaust and 'blown diffuser' layout next weekend, while the Red Bull will feature only minor revisions.

"If we can be competitive there then we have a good chance to win both championships," said McLaren team boss Martin Whitmarsh.

But like Ferrari, Mercedes and Renault also showed flashes of speed in Valencia, so McLaren driver Jenson Button thinks those teams could be in the running in Britain.

"I don't think you can ever count out Ferrari," said the reigning world champion. "Also Mercedes. You can come back from bad races and I think they will be competitive.

"A lot of the teams had new updates (in Valencia) and maybe they're not working to the full potential. I think when we get to Silverstone we will see a little bit more of where people are," added Button.

Gallery: McLaren looks to keep up with Red Bull in Britain