Save The Date: Ford Ranger Raptor Debut Rumored For February 7 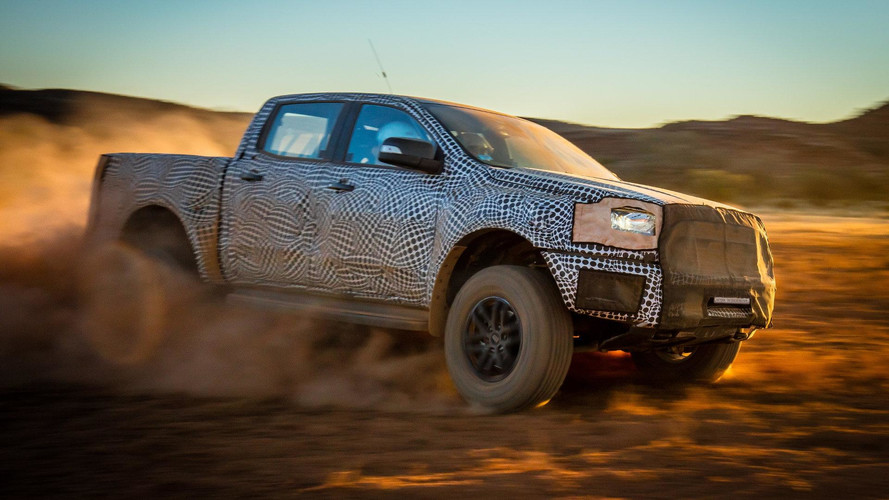 The performance pickup will allegedly be shown in Bangkok, Thailand.

Ford fans have been waiting a long time for the debut of the new Ranger. The Blue Oval announced the pickup’s return to the U.S. nearly a year ago at the Detroit Auto Show, but now we finally have details on when it may be released, specifically the performance-oriented Raptor model. According to a new report, the hardcore Ranger Raptor will be shown on February 7, 2018.

The news comes from the Australian website Motoring, which confirms that the 2018 Ranger Raptor will make its debut in Bangkok, Thailand of all places. Naturally, we take this "confirmation" with a grain of salt. No other details on the release were given, but we expect a powerful new 2.0-liter four-cylinder turbodiesel engine to make its debut under the hood, with North America’s 3.5-liter EcoBoost V6 coming later down the line, delivering somewhere in the neighborhood of 443 horsepower (331 kilowatts) and 509 pound-feet (691 Newton-meters) of torque.

The diesel engine will come paired to the same 10-speed automatic transmission that will be found on the gas version, as well as a number unique off-road read cues, things like a lifted suspension, bigger tires, and more capable shocks. Ford promises that the new performance pickup will deliver an "adrenaline pumping experience."

Separate rumors also suggest that the standard Ranger will make its debut in January at the Detroit Auto Show. A tentative release date of January 14 is when Ford plans to show the new Ranger in full, according to reports. The base model will come powered by a four-cylinder EcoBoost engine, with an optional 2.7-liter V6 expected.

Both the standard Ranger and the Ranger Raptor are expected to hit the streets late in 2018 or early in 2019. The two pickups will be built at Ford’s Wayne, Michigan, production facility. No word on pricing just yet.