It has quite a curvaceous front end.

A new teaser shed a little more light about the concept for Infiniti's future flagship sedan that debuts at the North American International Auto Show in January. According to the company's announcement, the model "previews a new generation of Infiniti vehicles and represents the first manifestation of Infiniti's new form language."

The image below is a darkened version of Infiniti's teaser photo, and the increased contrast provides a better look at the model's lines. The front looks sinister because of the narrow headlight and the crevice along the hood that runs to the fender. The saw-tooth details in the grille are also an aggressive touch. Judging by the front end, expect this sedan to have flowing lines rather than an angular aesthetic. 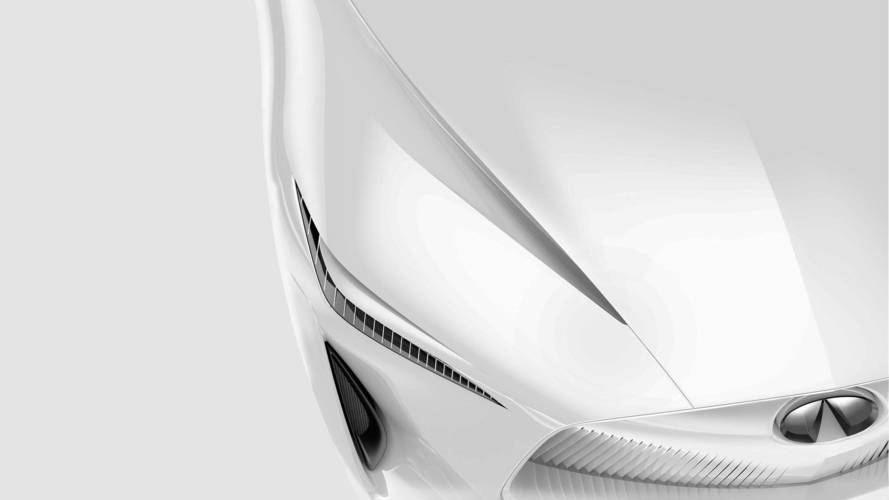 "The new Infiniti concept car will take the traditional sedan architecture to its next stage of evolution," Infiniti Executive Design Director Karim Habib said in the teaser's release. "A shift toward smarter, more compact and less intrusive powertrains; we were able to create an alternative form with the flowing gestures, more engaging in character and more enriching in experience. With its long cabin, balanced proportions and muscular stance, the concept heralds a new era for Infiniti models."

Alfonso Albaisa, Nissan's overall design boss, let slip in November that the company would debut a concept for a new flagship sedan in Detroit. It would reportedly preview a production model that's a few years away from reaching showrooms. Albaisa feels that the traditional four-door is currently out of fashion and refers to this new concept as a "sexy sedan."

The biggest sedan in Infiniti's current lineup is the Q70. With 5,366 deliveries from January through November, it is the weakest selling product in the company's range in the United States.