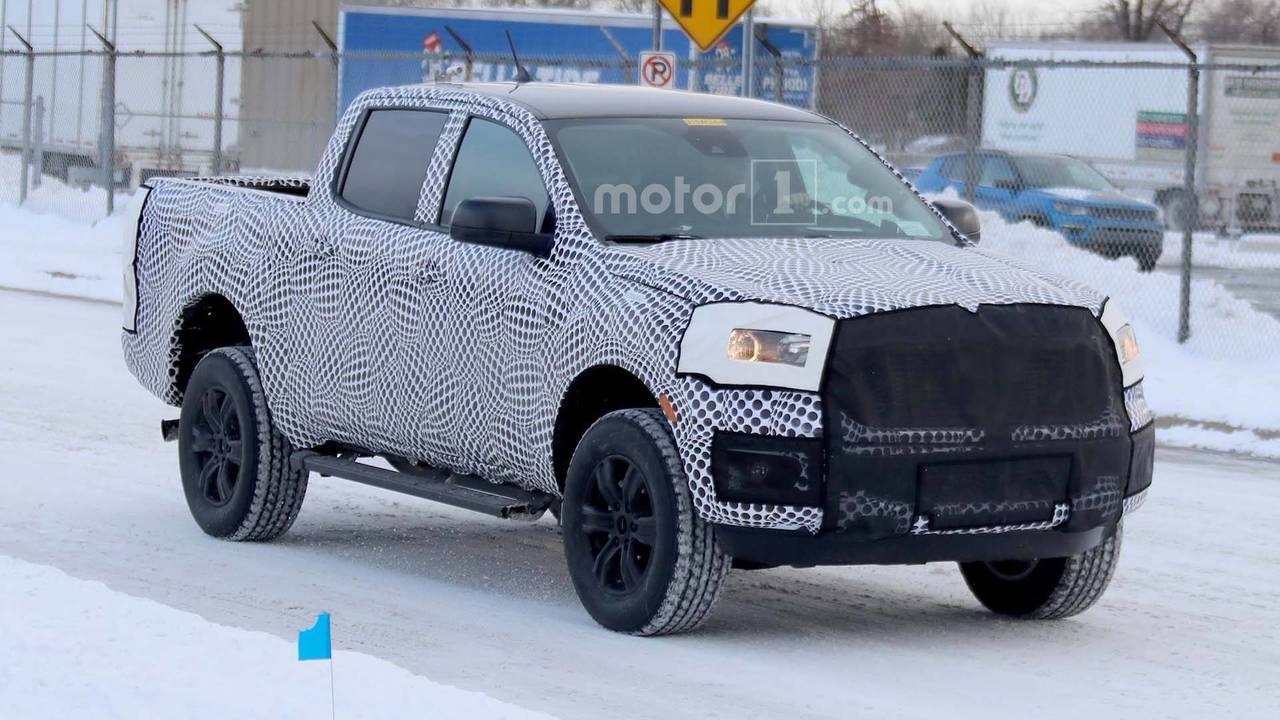 It appears to have a grille similar to the F-150.

It’s only been a few days since our spy photographers caught Ford’s reborn mid-size Ranger pickup patrolling the streets in FX4 guise, wearing for the first time what we believe are production-ready body panels. Now, we’re getting a look at the Ranger XLT, and though the heavily camouflaged truck appears pretty much identical to the FX4 at first glance, a closer look reveals the differences. For starters, the XLT rides just a bit lower than the FX4 and its wheel/tire combo seems a bit less aggressive. We also see a black plastic air deflector under the front bumper instead of a skid plate, suggesting this Ranger’s primary duty is that of on-road transportation.

Taking a hard look at the front clip we can also make out a different grille that will adorn the XLT, and it appears to follow design cues from its larger F-150 siblings. This round of photos also gives us a surprisingly clear look at the Ranger’s round fog lamps up front despite the camo covering, and the headlights for this model at least appear to be of the halogen variety.

As for power, nothing is confirmed at this point. In overseas markets where the Ranger never left, the XLT is available with a 3.2-liter diesel, though it’s unclear if the diesel will make its way to the U.S. model. What is likely, however, is that we’ll see a range of EcoBoost options, including four and six-cylinder flavors, though we don’t expect the big 3.5-liter mill to be part of that equation. Regardless of the engine, the primary transmission for this truck will almost certainly be the new ten-speed automatic that’s been co-developed with General Motors.

When will we actually see the new Ranger? There are significant rumors that Ford will peel away the camouflage and give us full disclosure at the North American International Auto Show in Detroit, which is now just a few weeks away. If that doesn’t happen, A reveal sometime in the first half of 2018 is virtually guaranteed.