Is this the weirdest Volkswagen model ever?

Do you still remember the Phaeton? It was a luxury Mercedes-Benz S-Class-rivaling limousine available even with a V12 engine and wearing a Volkswagen badge. It’s one of the most imposing vehicles the German manufacturer has ever made, but it’s also one of the least successful too – on sale in the United States between 2004 and 2006, it caused the automaker to lose about $38,252 on each unit sold.

But despite the fact that the Phaeton was a small financial disaster for Volkswagen, it was and still is a truly amazing vehicle with tons of cool features, some of which we’ve never seen in a car before. A new video uploaded by Doug DeMuro YouTube channel highlights some of the nicest extras inside the Phaeton.

Just like you would expect from a high-end limousine, it has a four-zone climate control. That’s not too shocking, but how about rear heated seats? Still not impressed? They are ventilated, too. And massaged. And have electrically-controlled headrests, which fold into the seats automatically when not needed. How cool is that?

But there’s more – the air vents. Oh, the air vents! They just disappear when the engine is not running and don’t reveal themselves until the motor and the climate control are activated. When you select the desired temperature, the wood panels in front of the air vents open automatically and the vents start blowing whatever air is necessary. And if you want to adjust how much air is flowing through each individual vent, you can use the switch with – and this is brilliant – an electronic display. 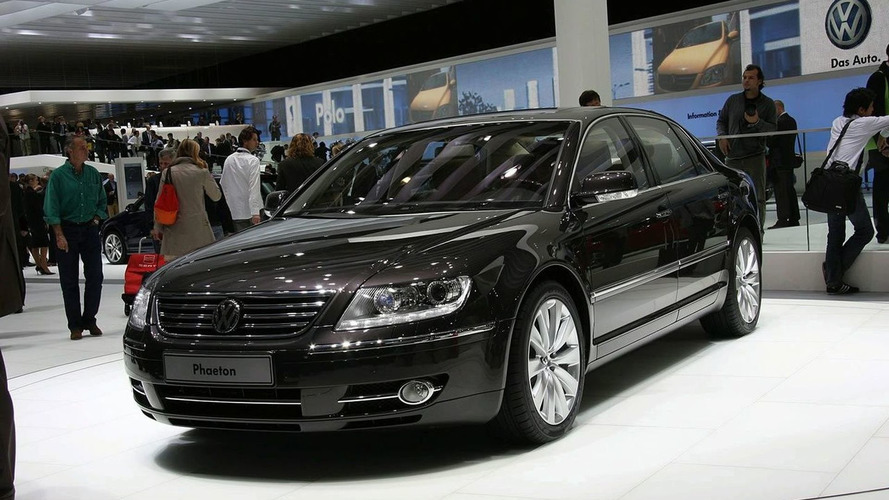 From a mechanical point of view, aside from the W12 engine (yes – W, not V), the Phaeton has some spectacular features, like controlling the mechanical opening for the headlight adjustment from… the infotainment system! And the system itself is not using a touchscreen display, but a rather interesting button-controlled layout.

Of, course there's more and more. Just watch the video at the top and enjoy.