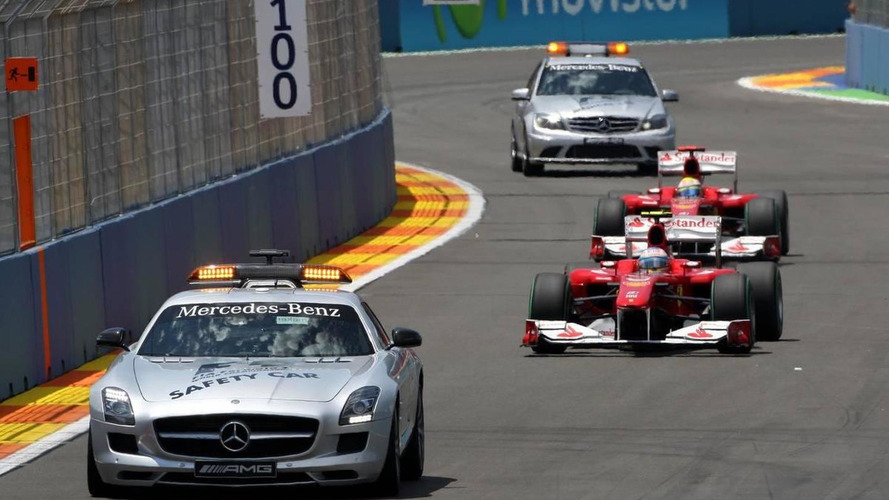 Ferrari's rage against the outcome of the European grand prix went from bad to worse on Monday.

Ferrari's rage against the outcome of the European grand prix went from bad to worse on Monday.

With Fernando Alonso having accused the stewards of manipulating the Valencia race, the Italian team echoed the apparent view of some fans that Lewis Hamilton's drive-through penalty for overtaking the safety car was a "scandal".

But in another website report on Monday, Ferrari stepped up its attack, repeating the view of one fan that had hit out at "McLaren thieves" who were "up to their usual dirty tricks".

Another fan said: "The FIA at Valencia showed it's not entirely in charge of the events that it's organising", and yet another added: "Is this the latest version of Jean Todt? Those who order and manipulate are always the same."

Ferrari quoted another fan as saying: "Federation of clowns! What help is a five-second penalty? Useless and the usual English mafia!"

And another: "Enough with the help for Hamilton. How can he lie and cheat and still get away scot-free?"

Mirror correspondent Byron Young wrote on Twitter that in "Max Mosley's day", there would be "sanctions" for accusing the FIA of fixing races.

When the rage intensified on Monday, he added: "Are the FIA going to act or will Jean Todt dodge the first big F1 test of his presidency?"