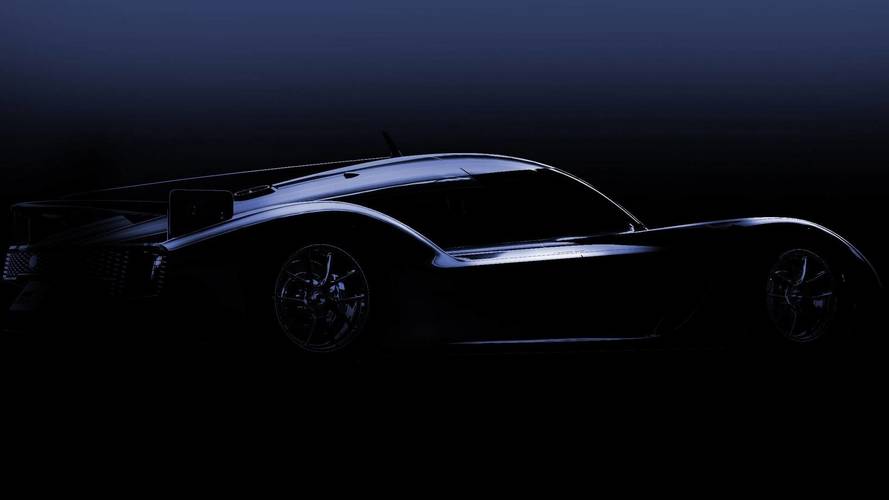 The GR Super Sport concept could be our first preview of that.

Toyota is committed to endurance racing. The Japanese marque has confirmed that it will be taking to the track next year as part of the 2018-2019 FIA World Endurance Championship (WEC) behind the wheel of its TS050 Hybrid racers, and again the year following. But President Akio Toyoda wants to see that same hybrid technology carry over the road, too.

Just a few weeks after Toyota teased its upcoming Gazoo GR Super Sport concept – a hybrid supercar inspired by LMP1 racers – President Toyoda is calling for a road-going vehicle with the same technology. Given the marque’s success on the track, a similar power setup should be able to carry over to a sports car with ease.

"This year, I went to Le Mans for the first time and heard people cheering for Toyota," said Toyoda. "I also heard many people saying that they would like to see Toyota come out with a hybrid sports car-like our cars in the race (the TS050). I, too, would like us to produce just such a car, and I think it would be one that would help make cars fun for the next 100 years."

While not outright confirming production of the Gazoo GR Super Sport concept, those statements lead us to believe that the hybrid concept – or some version of it – could become a reality in years to come. Details on the proposed road-going vehicle are still slim, but Toyota cites "technological feedback acquired through motorsports activities" in its development.

"The ever-better cars that Toyota pursues are honed and created via the extreme environment of motorsport," said Toyoda. "That is exactly why we will persistently engage in motorsport, without being swayed by the good and bad of economic times."

For now, fans of the brand should be looking forward to the upcoming Supra, which is scheduled to make its debut sometime in 2018. Just don’t be expecting it at the Detroit Auto Show. Rumor has it that the Supra will come powered by a 400-horsepower (298-kilowatt) biturbo V6 when it goes on sale, but a hybrid version could join the range down the line.

TOYOTA GAZOO Racing will compete in the 2018-19 FIA World Endurance Championship (WEC) season after reaffirming its commitment to the development of hybrid powertrain technology through motorsport.

Following the publication of the LMP1 regulations for next season, which Toyota has played an active part in defining, the team can commit to enter its TS050 HYBRID race cars for at least the 2018-19 season.

The WEC project has contributed to Toyota's global target of making ever-better cars, particularly in the development of hybrid powertrains which has benefited from regulations which give manufacturers the freedom to innovate.

For example, the fundamental technology behind a 35% fuel consumption improvement since 2012 for Toyota LMP1 cars is contributing to the continuous improvement of Toyota road cars.

As well as technology, the WEC project has also contributed to Toyota's ever-better cars target by enhancing the knowledge and experience of road car powertrain engineers. Since the project began road car engineers have been seconded to the WEC team to learn new processes and working methods in a high-pressure environment.

TOYOTA GAZOO Racing will provide more details of its 2018-19 plans, including its driver line-up, early next year.

Akio Toyoda, President, TOYOTA Motor Corporation
"More than 100 years have passed since the birth of the automobile. As we approach times of tremendous change represented by electrification, automation and other developments, I am strongly determined to make sure that cars will be fun for the next 100 years.

Since 2012, we have taken up the challenge of the FIA World Endurance Championship, including the Le Mans 24 Hours, with race cars equipped with hybrid technologies.

Of course, we have always approached this challenge with a desire to drive faster than any other car and to win. Yet our cars carried our desire for more than just that.

Not only did we want to heighten environmental performance in terms of fuel efficiency and such, we also had a very strong desire to create hybrid cars that made drivers feel that driving is fun, and that made them want to keep at it and want to let the cars keep on going.

This year, I went to Le Mans for the first time and heard people cheering for Toyota. I also heard many people saying that they would like to see Toyota come out with a hybrid sports car like our cars in the race.

I, too, would like us to produce just such a car, and I think it would be one that would help make cars fun for the next 100 years.

This year, our cars were extremely fast on the roads of Le Mans. But they were not able to combine speed with the strength needed to keep at it for 24 hours. While wanting to provide cars that our customers will want to ride in and drive, I keenly realized that we have a long way to go.

It is highly regrettable that our rival in honing technologies on the roads of Le Mans has left. Yet the World Endurance Championship, in which cars of different categories race at the same time, and particularly Le Mans, where the battle goes on for 24 hours, including on public roads, still represent the optimal proving ground for achieving the goal of making cars fun for the next 100 years.

The ever-better cars that Toyota pursues are honed and created via the extreme environment of motorsport. That is exactly why we will persistently engage in motorsport, without being swayed by the good and bad of economic times.

TOYOTA GAZOO Racing will continue to race in this competition again next season. And, from here on as well, so that we will be able to provide our customers with cars that are fun to drive and cars that they want to let keep on going, we will continue to build on our skills and technology gained thus far. We would be happy to receive everyone's continued support. Thank you very much."