Deliveries on the continent should begin in February 2018.

European production of the new Nissan Leaf has started at the Japanese company’s Sunderland plant in the United Kingdom. In addition to the Yokosuka and Smyrna sites, this is the third factory on the planet, where the world’s best-selling electric vehicle is manufactured.

Nissan explains the first examples of the Euro-spec Leaf are already rolling of the line with first customer deliveries on the continent expected in February next year. More than 85,000 Leafs have been sold on the Old continent since 2011.

More about the new Leaf:

As far as the Sunderland factory is concerned, Nissan has initially invested approximately $561 million before the Leaf entered production there in 2013. An additional investment of $48 million is guaranteeing the job of more than 2,000 people, working on the new generation Leaf at the brand and in the UK supply chain.

“Nissan led the way in introducing electric vehicles to Europe in 2011, and every year since then it’s been clear that more and more customers share our vision for the future of driving,” Kevin Fitzpatrick, Nissan Europe Divisional Vice President for Manufacturing, commented during the production start. “We're excited to start production in Sunderland and to bring the new Nissan Leaf to European markets from February.” 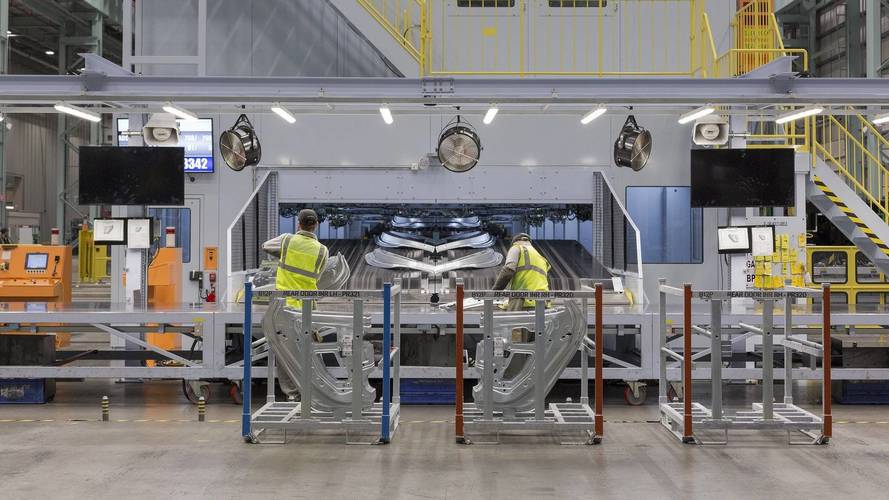 The Sunderland factory is also responsible for the assembling of two other Nissan models, the Qashqai and Juke, as well as Infiniti’s Q30 and QX30 crossovers. The plant holds the crown for the biggest UK car manufacturing line of all time with more than nine million cars built in 30 years.

As for the new Leaf itself, it already enjoys a very strong customer interest with more than 23,000 orders put in its first full month on the market. We expect the monthly sales to keep growing, as the electric vehicle will be very soon available to order in the United States.

Production begins of the new Nissan LEAF in Europe

- Deliveries to begin to European customers in February

Production of the all-new Nissan LEAF, the next generation of the world’s best-selling electric vehicle, is officially underway for European customers.

With the first new LEAFs now rolling off the line at Nissan’s plant in Sunderland, UK, the countdown has now started to the first customers receiving their vehicles in February.

Kevin Fitzpatrick, Nissan Europe Divisional Vice President for Manufacturing, said: “Nissan led the way in introducing electric vehicles to Europe in 2011, and every year since then it’s been clear that more and more customers share our vision for the future of driving.

“We're excited to start production in Sunderland and to bring the new Nissan LEAF to European markets from February.”

The Nissan LEAF has been in production in the UK since 2013 for European markets, with more than 85,000 units sold in Europe since 2011, when the first deliveries began from Nissan’s Oppama plant in Japan. Following an initial investment of £420m, the introduction of the new Nissan LEAF has been supported by a further £36m investment in Nissan Sunderland Plant, supporting more than 2,000 jobs at Nissan and in the UK supply chain.

In addition to the new LEAF, Nissan Sunderland Plant also manufactures the market-leading crossovers Qashqai and Juke and the Infiniti brand’s Q30 and QX30 models. Last year the plant celebrated its 30th anniversary, and this year total volume surpassed 9m vehicles, cementing its position as the biggest UK car plant of all time.