Because who's buying a standard A8, right?

The A8 may not be the most expensive model from Audi (that role is reserved to the €207,500 R8 Spyder V10 Plus), but the fullsize sedan is still seen by the four-ring company as the flagship model. Given its position in Ingolstadt’s vast and continuously growing lineup, it makes sense that the luxobarge is available with a slew of upgrades for those who don’t want to settle for less.

A new promo video released by Audi Deutschland on YouTube shows some of the ways one can spice up the A8, such as paying an extra €2,500 for the 19-inch alloy wheels featuring a five-arm polygon design in a titanium matte finish and with “Audi Sport” branding. We also get to see a few of fancy paints offered, including Suzuka Gray and Sand Beige, each available for an additional €3,100. Should you want something more intense, Coral Orange and Utopia Blue are accessible within the configurator. 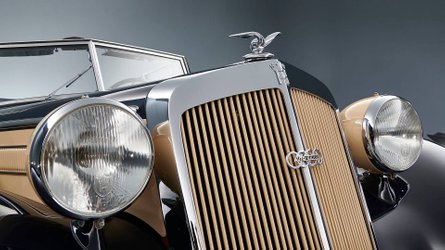 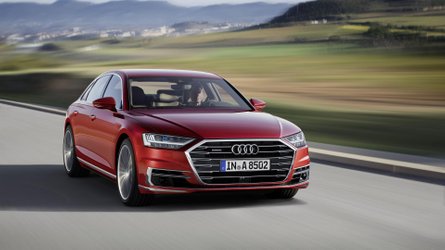 Gallery: Audi A8 with Sport Package

If you can’t patiently wait for the S8 and want the normal A8 to look a tad bit more aggressive, an optional Sport Exterior Package (pictured above) was recently launched in Europe, bringing a fresh Daytona Gray paint among other items.

Stepping inside the lavish cabin, the A8 can be had with an assortment of door panel trims from the Audi Exclusive catalog, which also contains extra goodies like illuminated door sills and fancy upholsteries with complementary stitching. A cool box neatly integrated between the two rear seats will keep your expensive beverages at the optimal temperature while you’re getting a foot massage, should you upgrade to the A8L and its “relaxation seat.”

At an additional cost, Audi has a pair of slightly more body-hugging seats with “optically integrated” headrests are available for the first time ever in the A8.

Built in Neckarsulm, the all-new Audi A8 has been on sale in Europe since the end of November and will be in the hands of early adopters from 2018. U.S. customers will have to wait a bit more as sales won’t kick off until next fall.