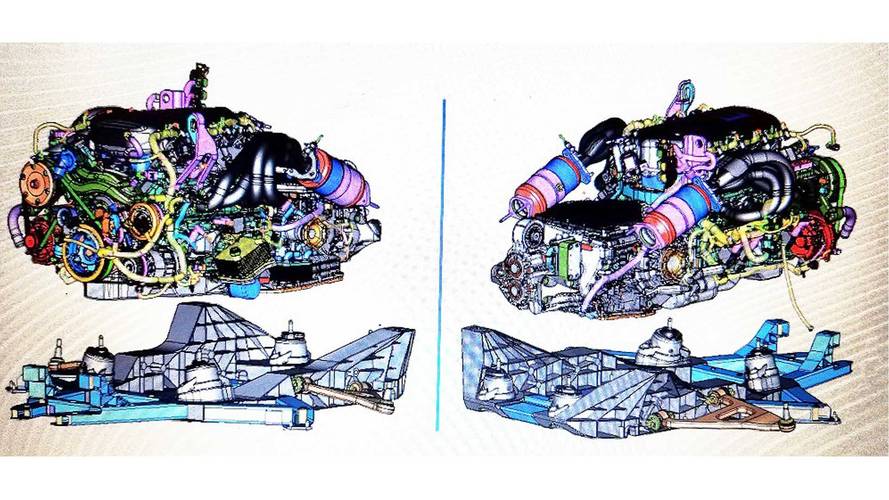 GM attempted to keep the images from getting out.

The recently leaked CAD images of a mid-engined vehicle from General Motors appear to be the real deal, according to the latest evidence. A lawyer for the automaker contacted Jalopnik over the photos, calling them "copyright artwork," and requested that the site take them down. In addition, GM used the Digital Millennium Copyright Act to remove the pictures from Jalopnik's Facebook page. For reference, Motor1.com didn't receive any requests to take down our story about the CAD images.

By filing these requests, the General confirmed that the CAD images belong to the company, and apparently the renderings weren't something that the company wanted the general public to see. The legal action doesn't confirm that the components are for a mid-engined Corvette, but it's hard to imagine what else GM could have under development that could use this powerplant.

A user named ZERV posted the CAD drawings on CorvetteForum, and they appeared to come from photos of a computer screen. The pictures showed a variety of angles of the components for a mid-engine vehicle, including the front suspension, rear subframe, transaxle, and the actual powerplant. The forum's users were fairly certain that the renderings depicted GM's upcoming model, but there was nothing to substantiate these feelings at the time. ZERV eventually deleted the images.

The details in these CAD images also fit with earlier rumors about the mid-engine Corvette. A recent report suggested that the model might be available with two turbocharged, V8 powertrain options: a 4.2-liter and 5.5-liter. The smaller mill would allegedly produce around 650 horsepower (485 kilowatts), and the larger one could have roughly 850 hp (634 kW). The existing naturally aspirated 6.2-liter V8 might be option, too.