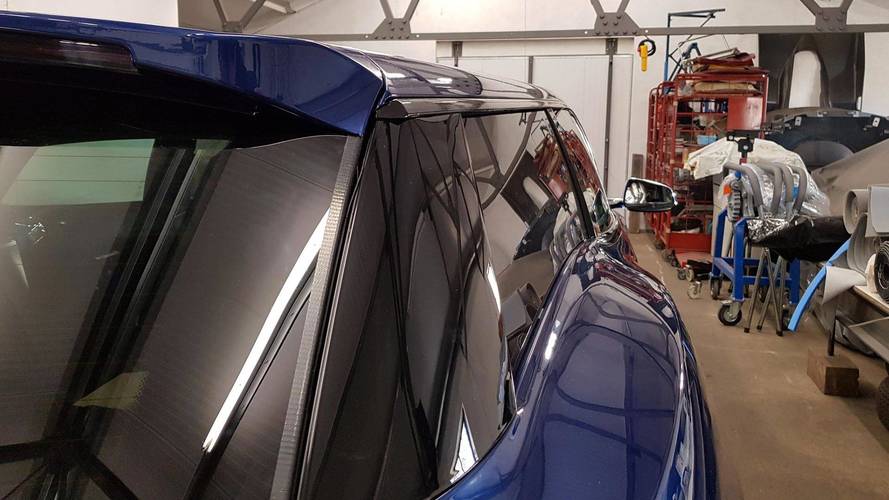 This one comes from an experienced crew in the United Kingdom.

European coachbuilders apparently see a major demand for a Tesla Model S station wagon because there are currently two efforts to get the estate version of the EV onto the road. The one from Niels van Roij Design recently revealed its hatchback roughly in place, but the competing idea from Qwest in the United Kingdom has just demonstrated a nearly functional design.

Qwest specializes in forming carbon fiber, so its work on the Model S makes extensive use of the lightweight material. The revised wagon features a downward sloping roof that leads to a slightly raked hatchback. Extended side glass panels follow the contour of the rear fenders. The newly released videos show that the exterior work is complete, but the interior still requires finishing, according to Autocar.

Qwest's Model S wagon exists because of a dog – no really. The project started in January 2016 when a Tesla owner complained about the lack of room for his dog in the Model S due to the lack of room in the rear. These guys were wealthy enough to make the wish a reality, and Qwest came on board to build the wagon.

This conversion will eventually be available to other Model S owners, and it'll cost around 70,000 pounds ($93,829 at current exchange rates), plus the cost of a donor vehicle, according to Autocar. For reference, a new Model X starts at 70,880 pounds ($95,000) after destination in the U.K, and it would seem to offer much of the same dog-hauling utility as a Model S wagon.

The competing Model S station wagon conversion from Niels van Roij Design won't be ready until around March 2018. This design is more curvaceous and has a more steeply raked hatchback than Qwest's styling.