Don't let the camouflage fool you - it's the new M3, not the regular 3 Series.

The next generation BMW M3 is back in a fresh batch of spy photos, showing a heavily disguised prototype testing somewhere in Germany. Still wearing a lot of camo, the mule is equipped with temporary wheel arch extensions, making room for the slightly larger track and wider 19- and 20-inch wheels.

The black-and-white foil is also not able to hide the larger air intakes in the front bumper, sucking more air for the six-cylinder engine. At the back, we noticed an interesting quad-exhaust layout, while the brake discs and calipers seem to be bigger on both axles.

We mentioned the engine, which, according to preliminary details, will remain at the same displacement and cylinder configuration for the new sports sedan. The 3.0-liter unit will be heavily revised and paired to a 48-volt mild-hybrid system to deliver somewhere around 500 horsepower (373 kilowatts).

One of the biggest mysteries surrounding the new M3 is whether it will receive an optional on-demand all-wheel-drive system, just like the current M5. Combined with reduced weight and reworked aerodynamics, as well as a revised transmission, the 4x4 layout should make the sedan much better in corners, if approved for production. 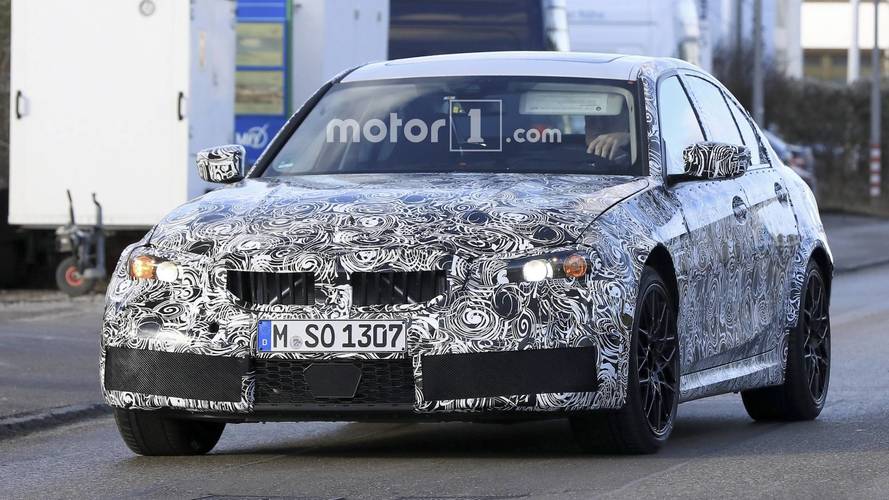 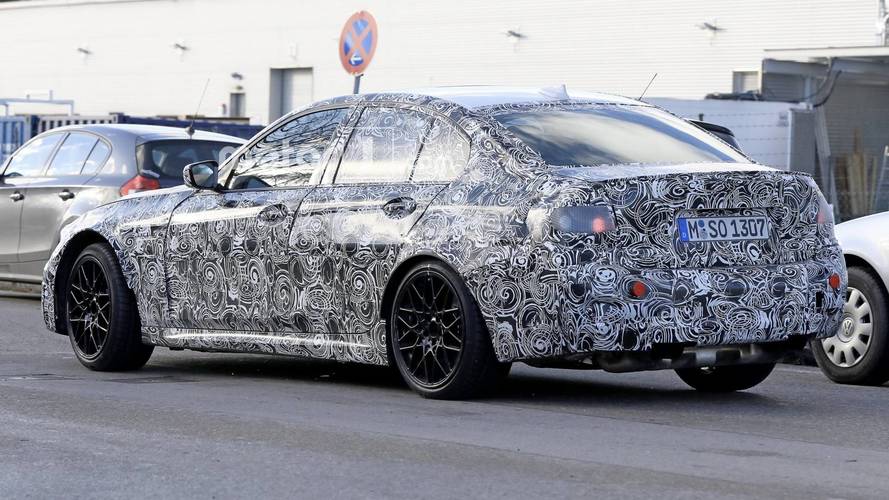 The new CLAR architecture, which will also underpin the new 3 Series expected sometime next year, will bring a number of improvements, like the increased torsional stiffness thanks to the extensive use of aluminum and high-strength steel in the body construction. The weight distribution will remain at perfect 50:50 ratio, but will be mixed with a lower center of gravity.

When it debuts in 2019, the Mercedes-AMG C63 S rival will be available in three body styles – a sedan, convertible, and coupe. Some sources claim we might also see a really fast wagon wearing an M badge, but, for now, we take this with a grain of salt.