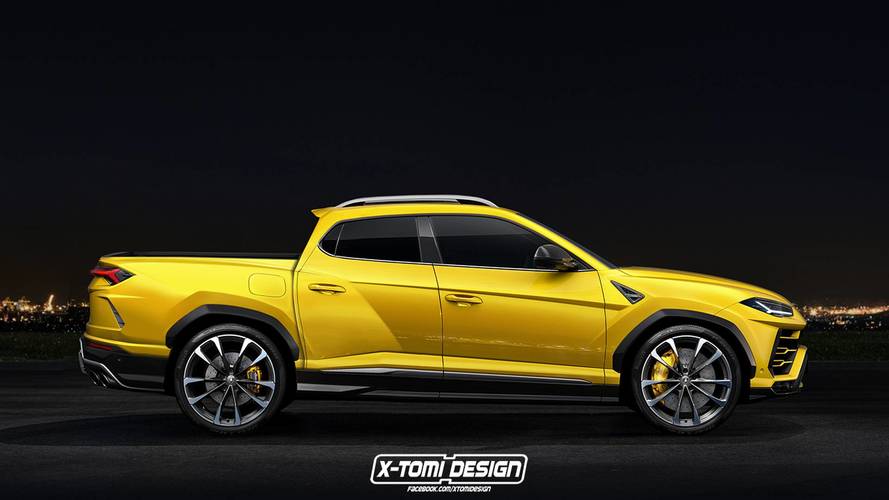 Like it or not, the Lamborghini Urus is arguably the hottest automotive topic in the last couple of weeks. It’s a revolution in its segment with its ability to hit 62 miles per hour (100 kilometers per hour) from a standstill in 3.59 seconds. But, despite its undeniable performance capabilities, many fans of the Italian manufacturer have reservations about its design.

We’ve already seen it as a two-door coupe-SUV, which actually looks pretty attractive, and now the same independent designer has created another interesting project, based on the Urus. X-Tomi Design from Hungary is presenting you the Urus pickup truck.

Yes, it sounds (and looks) wild, but we like it a lot. The overall shapes of the Urus seem to better suit the slightly longer wheelbase of the rendered vehicle, while the cargo bed adds a nice touch to the side profile. Needless to say, there’s no chance of seeing such a vehicle in production, as Lamborghini will remain focused on its three core models – the Aventador, Huracan, and Urus, and their respective successors. At least for now.

The Sant'Agata Bolognese manufacturer is currently busy promoting its “super-SUV” and the first place outside Italy, where it was demonstrated, was Singapore. Sales of the Urus will begin early next year and we are still waiting for an announcement on its debut date for North America.

The supercar automaker wants to deliver more than 3,500 units annually and bets big on the Chinese market. Initially, the car will be available exclusively with a 4.0-liter biturbo V8 with 650 horsepower (484 kilowatts) and 627 pound-feet (850 Newton-meters), but at some point we expect to see a plug-in hybrid version, too. According to some sources, it will use the Porsche Panamera Turbo S E-Hybrid’s engine, which means power will be boosted to 680 hp (507 kW) and 626 lb-ft (850 Nm).