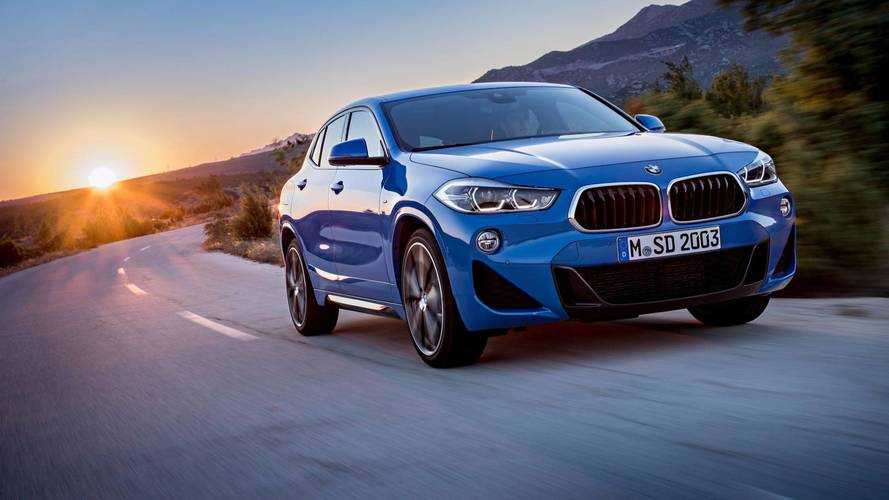 The first-ever BMW X2 won’t be going on sale in the U.S. until next spring, but we already have some preliminary pricing details to share courtesy of order guides. In its base configuration, the coupe-ified X1 is going to kick off at $39,395 after factoring in the $995 destination charge. For that kind of money, you’ll be getting the X2 xDrive28i model, which will command a $2,500 premium over the equivalent X1.

Powering the latest SUV from BMW will be a turbocharged 2.0-liter four-cylinder engine developing 228 horsepower from 5,000 rpm and a maximum torque of 258 pound-feet (350 Newton-meters) attainable from 1,450 rpm. As the name of the model implies, the X2 xDrive28i will benefit from all-wheel drive, with the power transfer being done by an eight-speed automatic transmission granting acceleration from 0 to 60 mph (96 kph) in a swift 6.3 seconds.

As standard, the U.S.-spec BMW X2 will ride on 18-inch alloy wheels, while on the inside it’s going to have a seven-speaker sound system and SensaTec seats. Those willing to spend an additional $2,350 will be able to order the Convenience Package bringing niceties such as a panoramic roof, power-folding mirrors, lumbar support, and auto-dimming mirrors, among other extras. An optional Driver Assistance Package priced at $700 adds lane departure warning, low-speed emergency braking, forward collision warning, adaptive cruise control, as well as other kit.

Another way to spend more on an X2 would be by ticking the box that says “M Sport X Package.” Available for a hefty $4,650, it contains the sport automatic transmission bringing quicker gear changes as well as paddles on the M-branded steering wheel. Featuring a slightly more aggressive exterior, this specification of the SUV will sit on 19-inch alloy wheels (20-inch set optionally available) and will ride 0.4 inches lower thanks to the M Sport suspension.

A more powerful X2 is apparently in the works with somewhere in the region of 300 horsepower for what would be an M Performance version dubbed “X2 xDrive35i.”