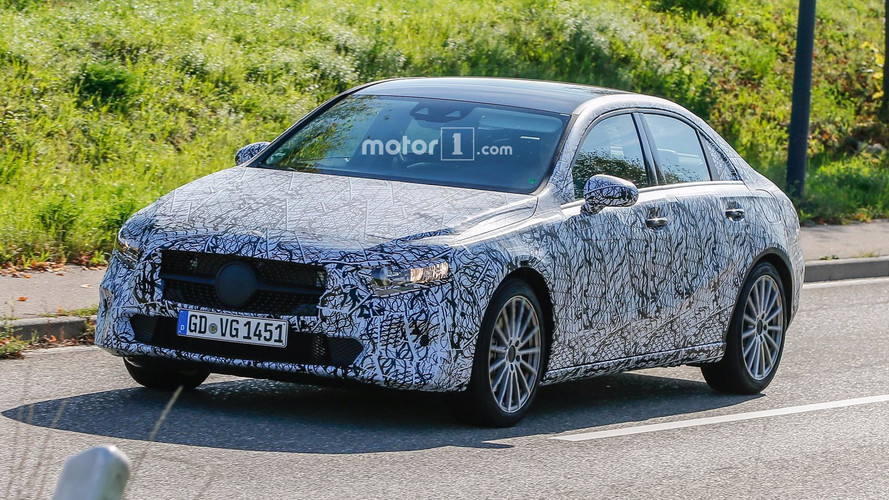 Described as being a "very attractive car" for youngsters.

The cheapest way to get behind the wheel of a brand new Mercedes in the United States is by forking out $32,700 for the CLA, but that will change in the fall of 2018 when the A-Class Sedan will hit stateside. Expected to cost less than $30,000, the new arrival in the company’s compact model lineup will serve as the entry-level car. According to global sales chief, Britta Seeger, it’s exactly what Mercedes needs in the U.S.

In an interview with Automotive News, Seeger argued “we truly believe that now with the body style we have the right answer for the market.” She went on to specify the A-Class Sedan will primarily appeal to the younger crowd, but at the same time it will be able to lure in other buyers given its status of being a more affordable way to access the premium segment.

Previewed already by the Concept A Sedan, the new base Mercedes model will allegedly be built in Mexico at a Nissan-Daimler joint venture factory. Like all of the firm’s upcoming compact models, it will ride on an evolution of the MFA platform and is expected to spawn a long-wheelbase derivative, though that one might turn out to be a China-only affair.

These new compact models will usher in a brand new infotainment system called the “Mercedes-Benz User Experience” bringing a 10.25-inch touchscreen. A full reveal of the MBUX will take place next month at 2018 CES in Las Vegas. There’s also going to be a fully digital instrument cluster of the same size, as part of a revamped interior cabin teased earlier this month.

Logic tells us the five-door hatchback will pave the way for Mercedes’ refreshed compact cars in March at the Geneva Motor Show, with the sedan to arrive shortly thereafter. The more stylish CLA will reportedly move up market to become a mini four-door AMG GT sedan (which by the way is also due in the U.S. next year), while the GLA might be joined by a GLB rumored to borrow some of the G-Class’ rugged looks. Spy shots have demonstrated the B-Class MPV is getting a new generation and there might be some extensions to the Mercedes compact car family further down the line.