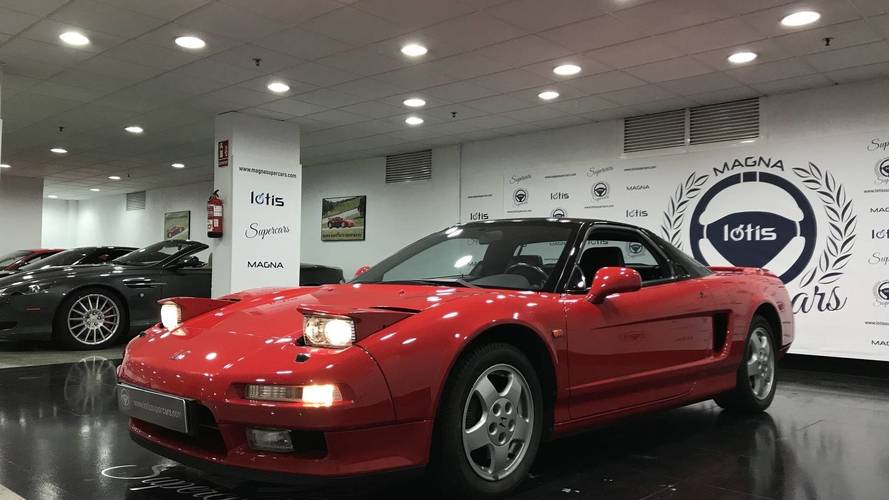 Red looks great on these coupes.

If you’re looking for a last-minute gift idea for someone you really treasure, check out this 1992 Honda NSX for sale in Spain. The list price of 72,500 euros ($85,500 at current exchange rates) is certainly pricey, but the coupe adheres to the 25-year vehicle importation rule in the United States, so bringing it across the Atlantic should be a smoother process.

This NSX appears to be in immaculate condition, and it should after covering just 34,942 miles (56,234 kilometers). This works out to just 1,392 miles per year. The dealer selling the coupe also says that it comes with a full service history.

While the mid-mounted, transverse-oriented 3.0-liter V6 with 270 horsepower (201 kilowatts) isn’t a powerhouse by modern standards, the mill is famous for its  drivability and reliable nature. While small numbers of the NSX have an automatic transmission, this one has the preferred five-speed manual.

Even compared to inexpensive, mainstream vehicles like the new Honda Civic, this 1992 NSX’s cabin appears spartan. It comes from an era before the ubiquity of complex infotainment displays and digital instruments. Instead, the driver hunkers into a leather-clad, well-bolstered sport seat and looks at analog dials. Physical dials and buttons handle nearly every control. Compared to the high-tech wonderland of the new NSX, the simple interior of the old clearly comes from a different era.

The latest NSX will never be as simple as the old one, but Acura will possibly pare back some of its technology in the coming years. Rumors indicate that a forthcoming Type R variant will possibly remove the electric motors from the powertrain or at least take them out of at least one axle. Along with other lightweighting measures, the NSX would shed some of its current 3,803 pounds (1,725 kilograms).