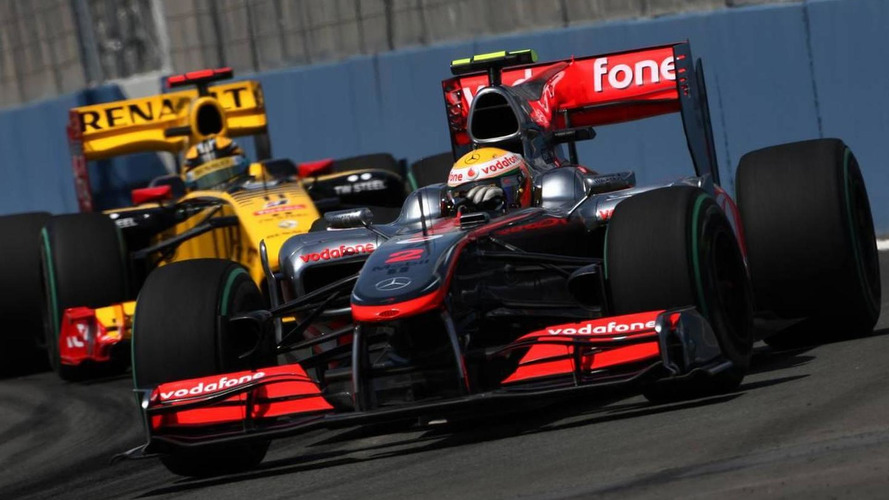 Little more than half a second separated runners for five different teams as Friday's practice running concluded at Valencia.

Little more than half a second separated runners for five different teams as Friday's practice running concluded at Valencia.

The only car inside the top six without a so-called 'blown rear diffuser' was Lewis Hamilton's McLaren, as Fernando Alonso led the pace with the heavily revised Ferrari.

Close behind were the Red Bulls, followed by Mercedes' Nico Rosberg, while the Renault of Robert Kubica was sixth quickest featuring an impressive emulation of the Red Bull-style rear exhaust layout.

"I can't talk in high enough terms about it," BBC pit reporter Ted Kravitz said on Friday, adding that the R30's solution "is wonderful".

After Red Bull earlier looked set to walk the 2010 title, before McLaren looked to have taken the upper hand more recently, victory in Valencia could be hotly contested.

"The cars are merging together, we're not seeing one or two teams moving into the distance. It's very exciting," said British commentator Martin Brundle.