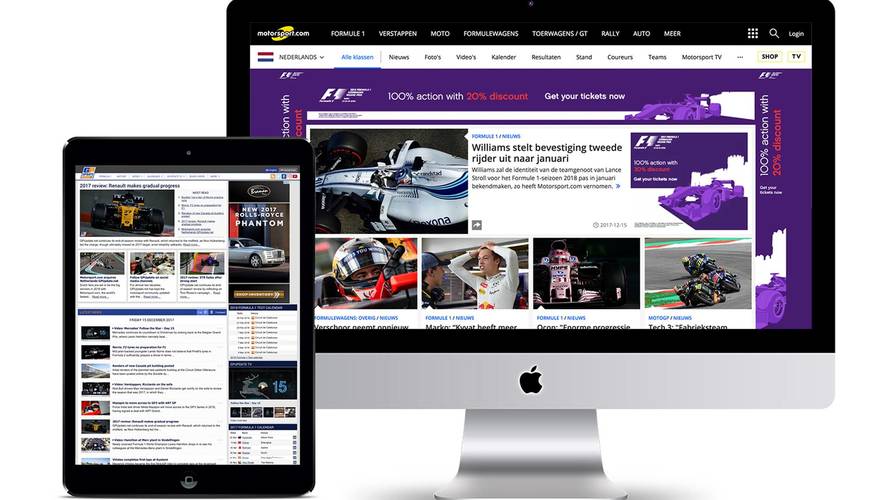 Originally launched as F1Racing.net in 1998, GPUpdate.net also covers other major championships around the world, both on two wheels and four.

The Netherlands has a large and growing number of highly-engaged motorsport fans and with the acquisition of GPUpdate.net, the largest Dutch motorsport website, Motorsport.com will greatly strengthen its position in the country.

“Fans are going to be the real winners with GPupdate.net becoming part of Motorsport.com,” said Colin Smith, Chief Executive Officer of Motorsport Network.

“The existing team in the Netherlands already does an outstanding job, but by joining forces, we’ll provide even more expert content for an expanded audience of Dutch motorsports fans.”

Originally launched as F1Racing.net in 1998, GPUpdate.net also covers other major championships around the world, both on two wheels and four.

Motorsport.com and its parent company, Motorsport Network has experienced rapid expansion in the past two years to become the world’s largest independent automotive and motorsport-related digital platform, connecting hundreds of millions of people that love motorsport and cars.

“After starting 17 years ago in my bedroom with GPUpdate, a boy’s dream comes true by becoming now part of Motorsport.com” said Jeroen Huis in ‘t Veld, Founder and Shareholder.

“We are proud that a global-leading motorsport media company like Motorsport.com will now take GPUpdate to the next level.”