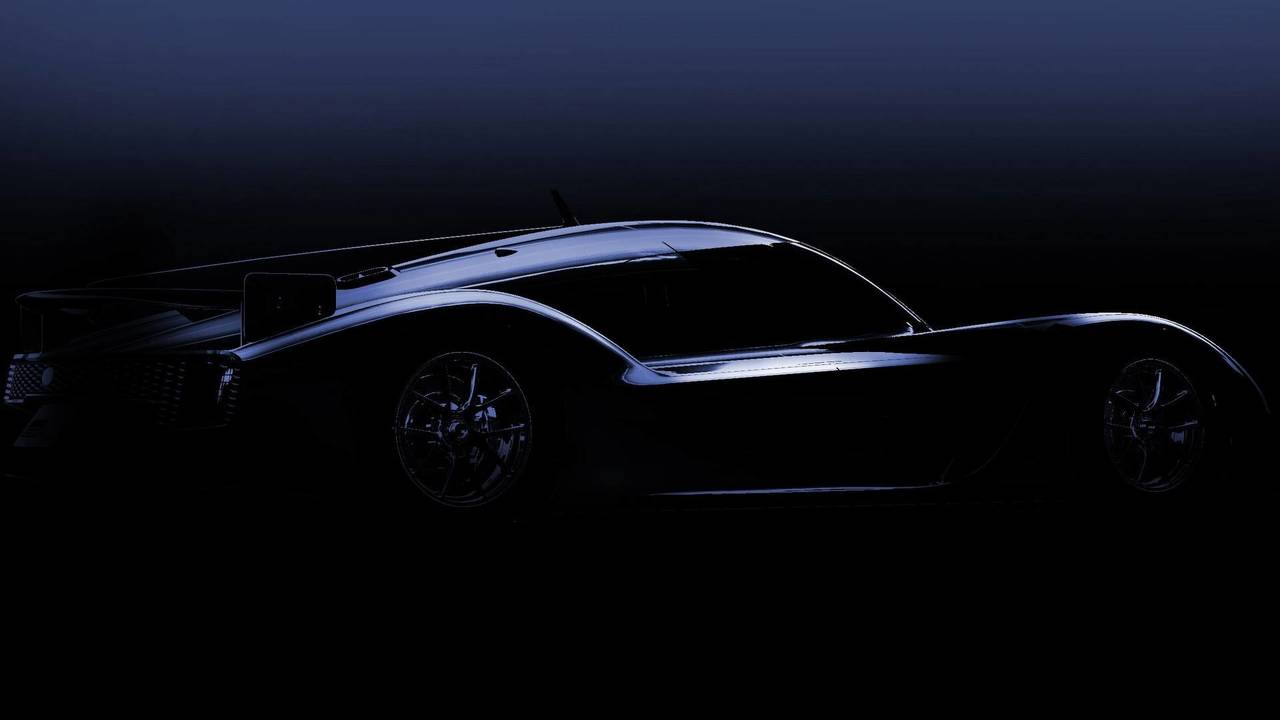 The low-slung performance machine looks fast even when standing still.

Back in September, Toyota introduced its GR sports car range in Japan with a three-tier system: entry-level GR Sport, midlevel GR, and the range-topping GRMN. Roughly a month later, it attended the Tokyo Motor Show with the GR HV, a droptop concept based on the 86 with a design influenced by the company’s LMP1 race car. Fast forward to present day, Toyota through Gazoo Racing is now providing a first glimpse at the more hardcore GR Super Sport, yet another concept born using the expertise gained in the World Endurance Championship.

For now, we only have this shadowy teaser to go by (see modified version below), revealing a silhouette somewhat similar to the TS050 Hybrid, which will also be exhibited at the Tokyo Auto Salon 2018. Toyota is not being very generous with the details at this point, but mentions the concept has its origins in WEC and illustrates “how technological feedback acquired through motorsports activities is incorporated.”

Aside from bringing the GR Super Sport and the TS050 Hybrid, Toyota will also exhibit the Yaris WRC and road-going models, including the 86 GR and the supercharged Vitz GRMN hot hatchback sold in Europe as the Yaris GRMN. These will be joined on stage by all race cars set to compete in the grueling 24 Hours of Nürburgring next year.

The Tokyo Auto Salon 2018 will open its doors to the press on January 12, while the next two days are going to be reserved for the public.

As for the reborn Supra (name not confirmed), there’s no sign of it just yet. It won’t be at the Tokyo Auto Salon, nor will it be shown in Detroit next month. For what it's worth, the model is scheduled to debut sometime next year when the sporty coupe will be accompanied by its roadster counterpart, the new BMW Z4.

TOYOTA GAZOO Racing will be participating at the Tokyo Auto Salon 2018, an event showcasing customized cars, which is scheduled to be held at Makuhari Messe in Chiba Prefecture, Japan, for three days from January 12-14*, 2018.

TOYOTA GAZOO Racing aims to develop its cars and people toward the goal of "making ever-better cars" through participation in motorsports activities, such as top category races including the World Rally Championship (WRC) and World Endurance Championship (WEC), as well as national rallies and races. The technologies and know-how acquired through such activities are subsequently fed back into the development of new production vehicles. As part of this integrated development process from motorsports activities through product development, Toyota launched the new "GR" sports car series in September.

The theme selected by TOYOTA GAZOO Racing for Tokyo Auto Salon 2018 is "Meister's Workshop" and will feature cars that have competed in various motorsports activities, as well as cars that have been developed as a result of these competitions. The aim is also to promote the enjoyment of vehicle customization and communicate how cars will continue to exude an increasingly exciting presence in the future.

In addition to vehicles competing in motorsports such as the Yaris WRC and TS050 Hybrid, TOYOTA GAZOO Racing will also be exhibiting the GR Super Sport Concept, a concept car originate from participation in the WEC, as one example of how technological feedback acquired through motorsports activities is incorporated. The exhibited vehicles will also include production vehicles such as the 86 GR and the Vitz GRMN, a 150-unit limited edition model for Japan.

The vehicles scheduled to compete in the 24 Hours of Nürburgring in May will also be revealed, while the drivers for the race will be announced on January 12.