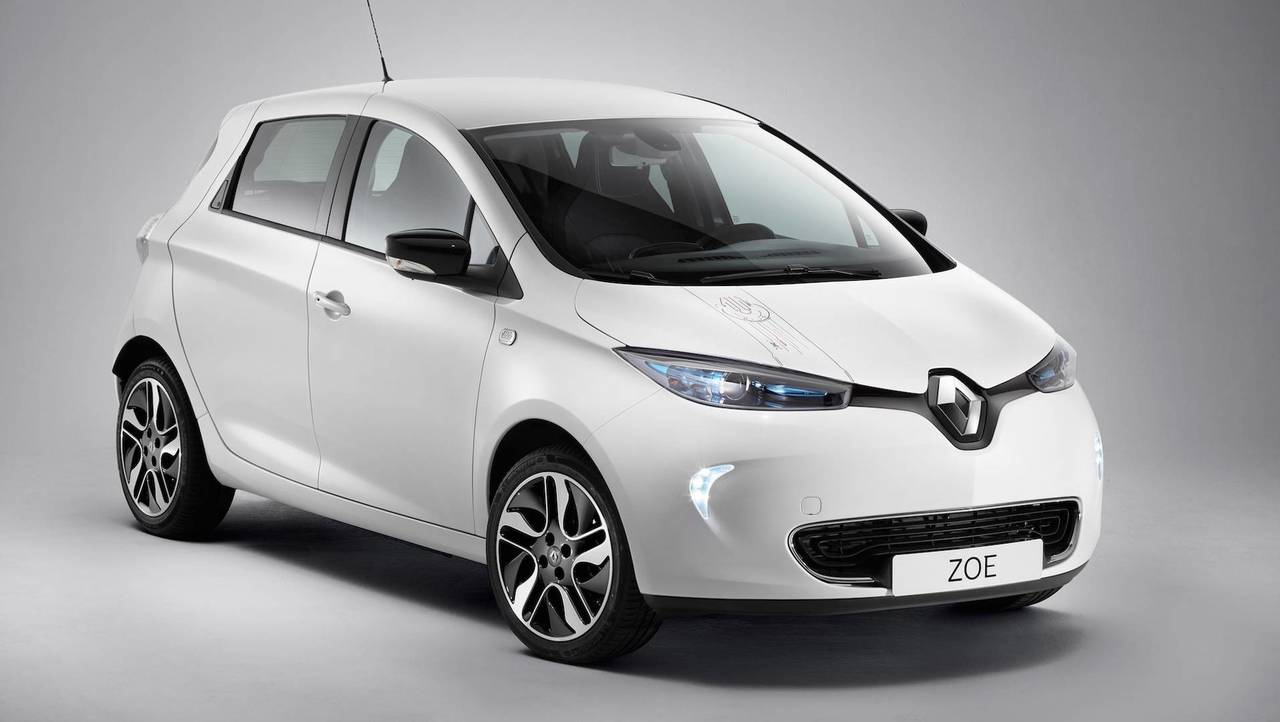 Drive it, you must.

If you haven’t already picked up your tickets for Star Wars: The Last Jedi... what the heck are you waiting for?! The eighth film in the beloved franchise hits theaters worldwide tomorrow (December 15th), and in celebration, Renault has unleashed the Force with a special edition Zoe hatchback.

Admittedly, the aptly named Zoe Star Wars edition is just another warmed-over one-off similar to the Nissan Rogue One Star Wars Edition that was introduced last year. The exterior features a few decals "inspired by the world of Star Wars," says Renault, including Han Solo’s Millennium Falcon in particular, located on the hood, roof, and trunklid.

Special Star Wars badging has also been added to the door sills and front fender, further enhancing the movie’s signature on the small hatchback. The interior is finished in a unique purple hue, which covers everything from the dashboard trim, to the air vent surrounds, speakers, gearshift base, and carpet mat boarders.

The new Zoe Star Wars special edition will make its public debut at L’Atelier Renault on the Champs-Elysées in Paris, France, in coming weeks, but won’t be available to order until March of 2018, leading up to the standalone Han Solo film that will be released the same month. Only 1,000 example will be available in France exclusively, and the company will begin taking pre-orders later today.

o celebrate its partnership with STAR WARS™, Renault has unveiled an eponymous limited-edition version of ZOE, its most avant-garde model and Europe's best-selling electric vehicle.

Echoing the futuristic world of the Jedi, ZOE STAR WARS is set to join the interplanetary fleet. The show begins with the car’s exterior which features decals inspired by the world of STAR WARS™ in general, and Han Solo’s celebrated Millennium Falcon star ship in particular, for the bonnet, roof and boot. Specific badging and door sills add to the new limited-edition ZOE’s unique appeal.

In addition to the equipment that comes as standard with the model’s Intens trim level, ZOE STAR WARS is equipped with a reversing camera, Bose® audio, 17-inch Techrun wheels and in-car Wi-Fi.

The unveiling of ZOE STAR WARS coincides with the release of the saga’s latest film – STAR WARS™: THE LAST JEDI – and the public will be able to view the new limited-edition version at L’Atelier Renault on the Champs-Elysées in Paris, France.

With STAR WARS™: HAN SOLO due to be screened in cinemas from May 23, 2018, order books for the limited-edition ZOE STAR WARS will open in March, 2018. Only 1,000 cars will be available (in France only) and pre-reservations are being taken from 9pm CET this evening at renault.fr.