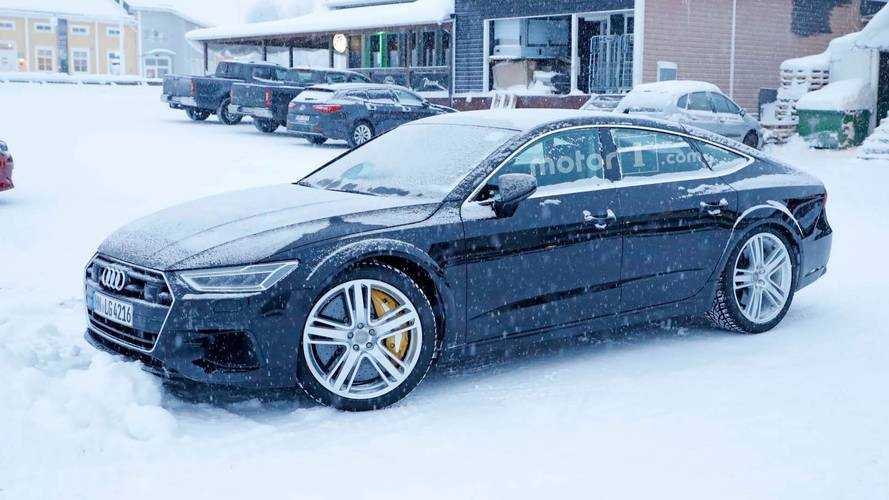 A few key differences tell us this isn't a normal A7 Sportback.

Astute readers will notice this particular car isn’t wearing any sort of camouflage. That’s because it’s a new Audi A7, glistening amongst the new fallen snow in all its Sportback glory. The redesigned A7 was already revealed a few months ago, but that car was missing a few things that we clearly see on this model. The badge on the back might say A7, but what we’re really looking at here is a mule for the forthcoming high-performance Audi RS7 Sportback.

How do we know it’s an RS7 in disguise? For starters, those insanely massive brake rotors and equally massive calipers are definitely not standard-issue equipment for the A7. The car is also sporting wider wheel arches to accommodate fatter rubber at all four corners. Lastly, a look at the rear of the car reveals cutouts in the stock rear fascia that are filled with large oval exhaust outlets. Of course, there’s always a chance that this is just somebody’s A7 that’s been given some upgrades, but the wires running up the left side of the car to a sensor on the roof scream factory test mule.

As testing progresses, we’ll likely see lightly camouflaged cars in the weeks and months to come, concealing exterior tweaks on a proper RS7 body that will differentiate it from the standard model. Engine wise, it’s believed the RS7 will get a completely new biturbo V8 producing somewhere in the neighborhood of 650 hp, driving all four wheels of course. There’s also rumors of the RS7 going hybrid, utilizing the same setup currently fitted to the fearsome Porsche Panamera Turbo S E-Hybrid. Either way, expect the big hatchback to be very fast.

With the A7 having debuted just a few months ago, the RS7 likely won’t appear until late 2018. 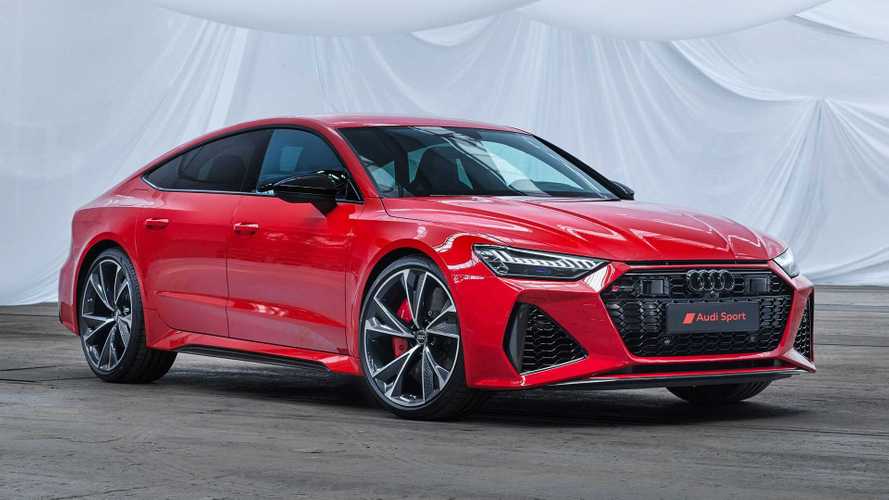