2019 Range Rover Evoque Spied Hiding Most Of Its Production Body 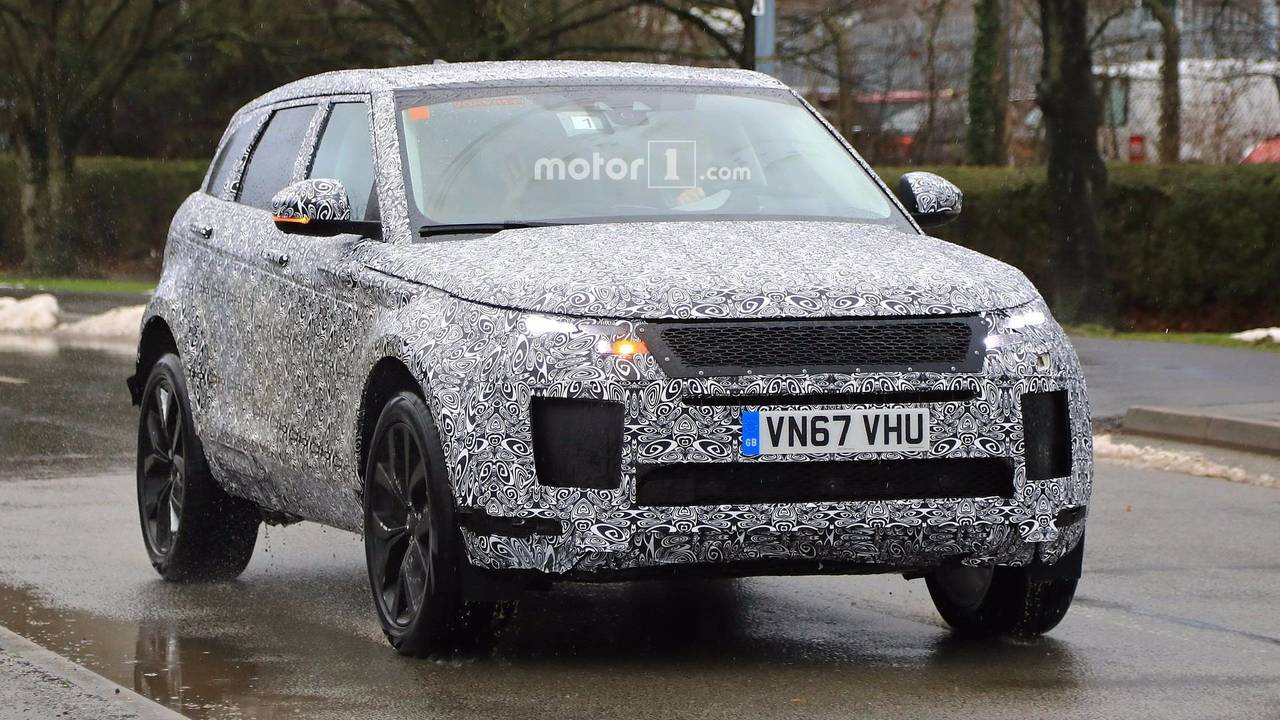 Expected to get some design traits from the stylish Velar.

Despite being around for more than six years, the Range Rover Evoque isn’t really showing its age as it’s still making a special appearance in the hugely crowded small crossover segment. That’s part of the reason why it has been a complete sales hit for Land Rover, with more than 100,000 units sold each year since the model’s introduction.

But as with every other car in the automotive industry, it needs to evolve and that’s why a second generation is in the works. We’ve seen it before as a test mule carrying the current model’s body and now it’s time to have a look at a more advanced prototype boasting a significant amount of the final components.

The entry-level model in the Range Rover lineup is slated to grow a little bit in size and that will pay dividends in terms of the amount of space inside the cabin, which on the outgoing Evoque isn’t exactly generous. While this prototype has been dipped in camouflage from front to rear, the Velar’s good looks are expected to rub off onto the much cheaper crossover seen here undergoing testing in the U.K.

In terms of the underpinnings, the next Evoque won’t be an all-new vehicle as it will use an evolution of the current model’s D8 architecture. The tweaked hardware will boost comfort inside the cabin and there are rumors of a mild hybrid powertrain, which would represent a first for JLR. A plug-in hybrid setup is also in the offing as part of the company’s electrification push.

Front-wheel drive is going to be standard on the lesser versions whereas the upper-spec trim levels are going to have AWD. In terms of available body styles, Land Rover has hinted the three-door model might not live to see a new generation since the convertible can take its place in the lineup.

The second-gen Evoque is allegedly going to be unveiled in October 2018 during the Paris Motor Show, with sales to commence towards the end of the year or early 2019.