Sedands remain an important part of the company's future.

While the Jetta remains Volkswagen’s best-selling model in the United States, the demand for crossovers and SUVs continues to grow and the German manufacturer is well aware of that fact. As a logical next step towards increasing its overall sales, the automaker plans to launch two new crossovers.

The first of the pair will be a five-seat SUV, positioned below the Atlas, which means it will be aimed against the Hyundai Santa Fe Sport, Ford Edge and the likes. It’s being described as a “coupe-like” model by Volkswagen of America President and CEO Hinrich Woebcken and we expect it to come with a similar roof shape like the BMW X4.

As for the second new crossover, it will be a smaller offering, positioned below the Tiguan Allspace. No more details are available at the moment, but probably it will replace the previous generation Tiguan, still available in the U.S. as the Tiguan Limited with a starting price of $21,995.

Volkswagen wants to have the two new additions to its SUV lineup on sale before 2021, but it will take at least two years from now to see them on the road. Meanwhile, the company won’t be abandoning the sedan segment, as it is still large and important. 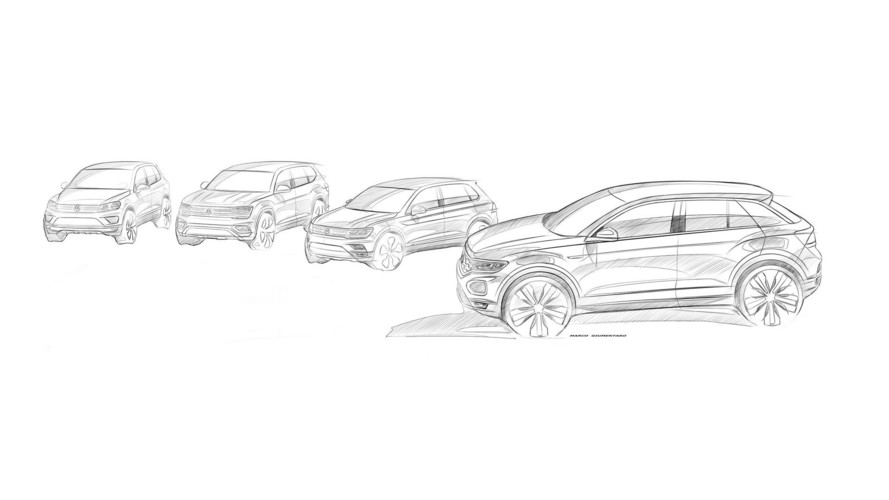 During the 2018 NAIAS in January next year, Volkswagen will launch the all-new Jetta, which will be followed by the Jetta GLI at some point. Also, the automaker will finally bring a U.S.-spec version of the Arteon and a VR6-powered Passat GT. Before 2021, VW will have a completely renewed Passat on sale in America.

The years between 2019 and 2021 will be very busy for the German brand, as it plans to launch two new models every 12 months. It will be shortening its product lifecycles and, basically, by the end of 2021 most of its model lineup will be redesigned.