Audi Q8 Spied From Above With Barely Any Camo 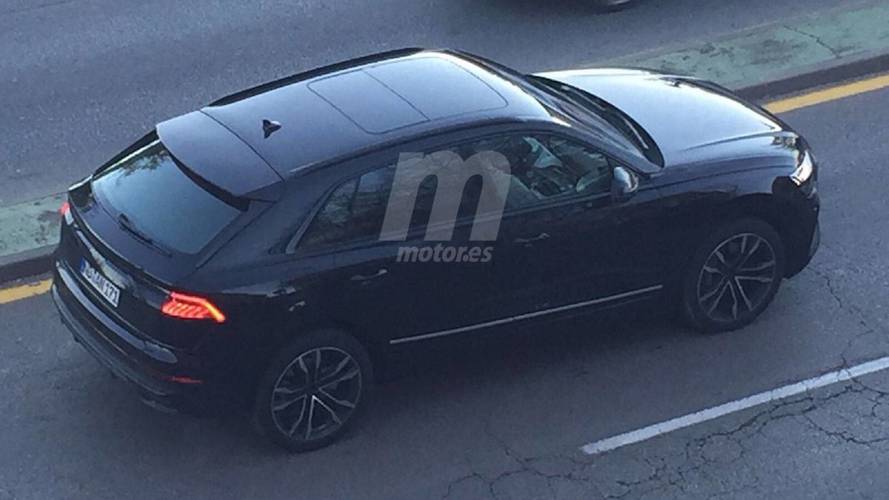 The SUV shares a striking resemblance to the Lamborghini Urus.

Following the debut the Audi Q8 concept earlier in the year at the Detroit Auto Show, the German automaker quickly went to work on readying the large SUV for production. We’ve seen multiple teasers and spy photos of the SUV – some showing off the production body almost entirely – but this new set gives us our clearest look yet at the upcoming Q8 yet.

The images were taken by the Spanish website Motor.es, and show the new Q8 out testing on public roads almost entirely uncovered. The images were shot high above the vehicle, giving us a good look at the roof and overall profile. Apart from some minor camouflage near the trunk, the spy shots show off the sculpted body of the Q8 in its entirety.

Sharing a number of similarities with the new Lamborghini Urus (partly because the two also share the same platform), the Audi Q8 features a sloped, angular rear, a sharp roofline, and sculpted taillights. Though it’s hard to distinguish any defining cues on the fascia or near the front of the car, already we know that the Q8 will be highlighted by a gaping grille with two lower vents, and slim headlights.

The cabin will share a striking semblance to the tech-focused dashboard found in the new A8. Dual touch panels, one for the MMI infotainment system and the other for climate control, give the Q8 a modern cabin, and Audi’s Virtual Cockpit will of course carry over from the rest of the lineup.

The new Audi Q8 will make its debut early in 2018, most likely at the Detroit Auto Show, before going on sale later in the year. Electric E-Tron and E-Tron Sportback variations will both arrive before the end of the decade.