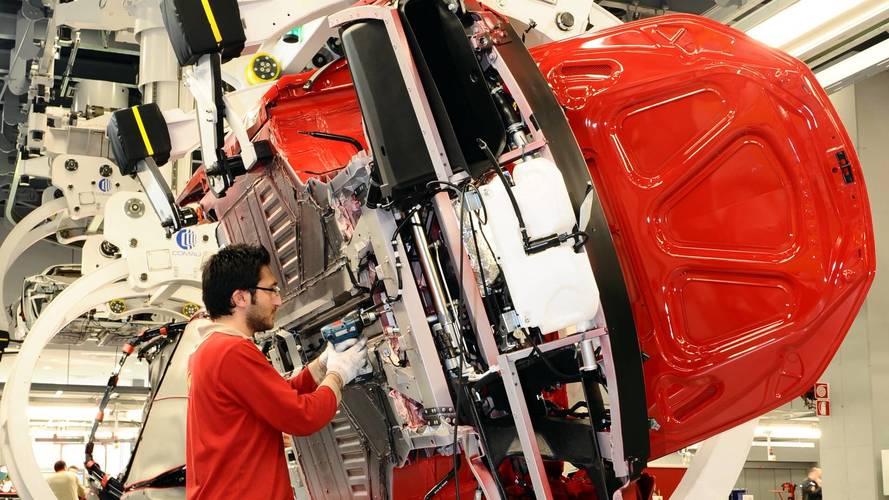 Next year, the Prancing Horse plans to produce more than 9,000 vehicles.

Ferrari is planning to shift its production into a higher gear next year, as it is currently enjoying a massive increase in customer orders. In order to meet the increased demand, the Italian supercar manufacturer will double its assembly shifts to two a day in 2018. According to Bloomberg, quoting “people familiar with the matter, who asked not to be named as the matter isn’t public,” Ferrari is on course to reach its 9,000-vehicle annual target earlier than expected.

The production increase is part of Ferrari CEO Sergio Marchione’s plan to achieve higher profits in the next couple of years and even surpass the 10,000 mark in annual sales. The brand’s first-ever SUV model in history will have a key role in this strategy, which is expected to be revealed in full early next year, when Marchionne will start its final year at the helm of Ferrari.

The new five-year plan will run through 2022 and will include more hybrid models to concede to stricter environmental regulations. These new greener cars should woo "new wealthy buyers” and the hybrid technology will be implemented on every new vehicle sold from 2019 on.

Next year, Ferrari is expected to produce about seven percent more cars than this year, which means a bit more than 9,000 units versus 8,400 cars in 2017. Currently, the brand has a waiting list of more than 12 months for some of its most exotic models, but the automaker will always sell one car less than the market demand, as a recipe to preserve its exclusivity announced by Marchionne.

Ferrari is the best performing automotive manufacturer on the New York Stock Exchange this year with a remarkable 83-percent gain, valuing the company at $20.1 billion.