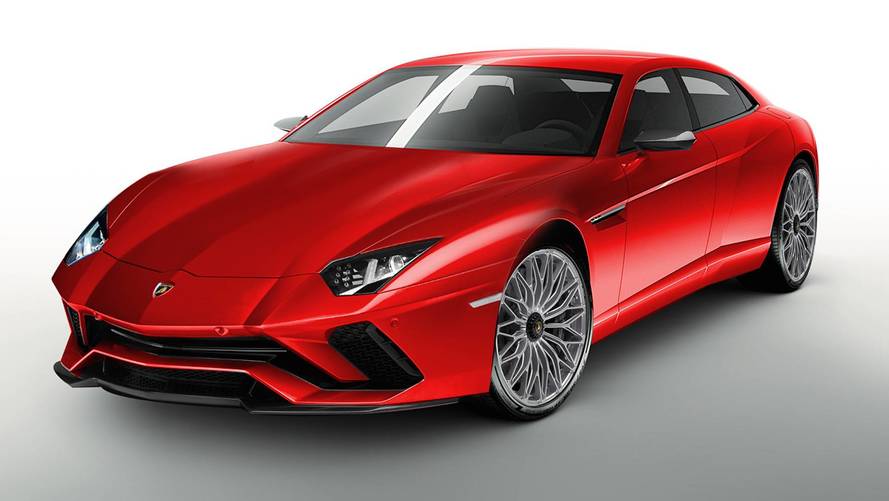 The arrival of the Lamborghini Urus ushered in a new era by being just the second SUV in the marque’s storied history – following the LM002, of course – and acting as the brand's first truly mass market vehicle… even though it comes with a rumored price tag of around $200,000. But now that Lamborghini has officially crossed over to the other side (pun intended), one question remains: what’s next?

If it were up to designer Kleber Silva, Lamborghini would go all-out and introduce a sedan. Borrowing the same name from the four-door Lamborghini concept car that came before it, the 2019 Lamborghini Estoque rendering pictured here previews what could be the brand’s first true sedan. And it looks lovely.

Admittedly, the rendering is essentially just a Lamborghini Aventador’s face grafted onto an updated version of the Estque concept – but it looks enticing nonetheless. The front fascia adopts all of the same cues found on the current Aventador, and the body draws similarities to both the Estoque concept and the Porsche Panamera. If Lamborghini did decide to build a sports sedan, it would likely share its platform with the four-door Porsche.

The rear of the concept is even more intriguing. A set of Estoque-inspired taillights pair with an angular design and dual exhaust tips. The Lamborghini logo is displayed prominently in the center of the trunk.

Rumor has it that a Lamborghini sedan could join the lineup in the next few years. Reports have suggested that the company has already started work on a vehicle that will make its debut in 2021, but no official green-light has been given on the project. The company is still hard at work on a new carbon fiber structure that would help keep the weight down.