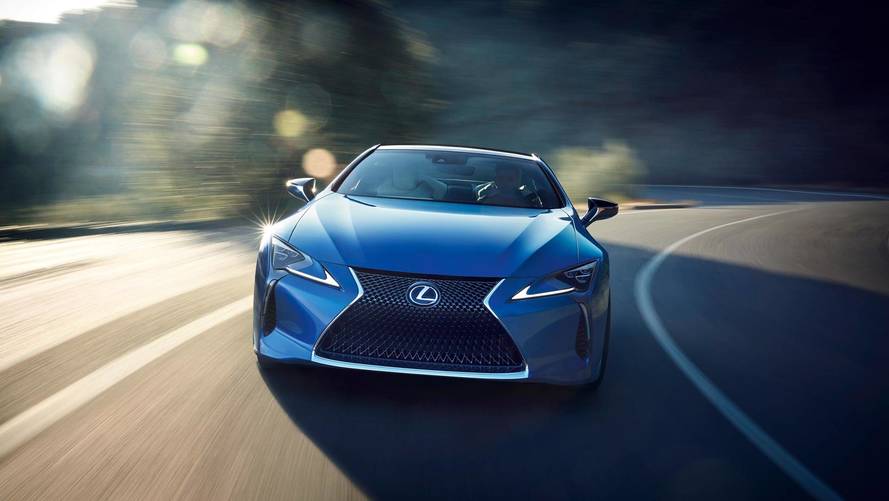 New rumors percolating out of Japan provide fresh info about the Lexus LC F’s possible specs, and the numbers sound tantalizing. The classic recipe of more power and less weight would make the brand’s range-topping coupe into an immediate competitor for the forthcoming BMW M8.

Japan’s Lawrence Motorcycle X Car posted an interview from an unnamed Lexus insider originally from the country’s Holiday Auto magazine. The anonymous source reiterated earlier reports that the LC F would use a biturbo 4.0-liter V8 making 621 horsepower (463 kilowatts). The company's goal is allegedly to create a coupe with a boost in performance but doesn't sacrifice the current model's luxury.

The insider also says that Lexus would use carbon-fiber reinforced polymer as a weight saving measure on the LC F. The company wants the vehicle to lose around seven percent of its mass, which would put the F variant at 3,980 pounds (1,778 kilograms).

Customers would pay quite a premium for these improvements. According to the anonymous source, Lexus expect LC F to cost around 20 million yen ($176,200 at current exchange rates). While pricing comparisons between markets are always tricky, for a rough equivalent of the model’s competitors, keep in mind that the Mercedes-AMG S63 Coupe goes for $165,745 after destination in the United States.

Lexus knows that such an expensive coupe would be a niche vehicle. According to the insider, the company would engineer the LC F so that production could take place on the same assembly line as the standard model.

Lexus registered for the trademark on the LC F moniker in February. Rumors suggested the possibility of the coupe debuting at the Tokyo Motor Show in November, but it wasn’t there.