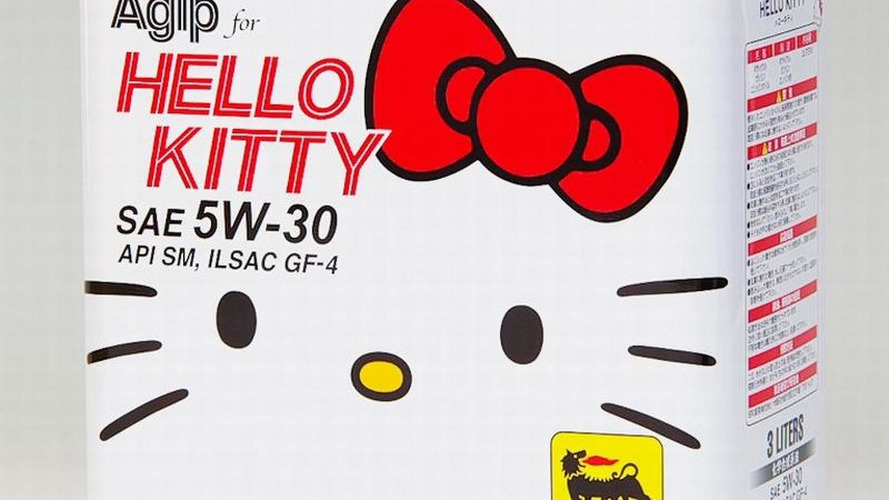 Is it the weirdest Hello Kitty item ever? Not by a long shot. Find out what's odder inside.

Though it may seem odd to us Westerners, the three-liter can of Hello Kitty synthetic engine oil is by no means the weirdest of all Hello Kitty items.  The Japanese cat brand has appeared on everything from contact lenses, to tailpipes, to the AK-47 assault rifle.

Hello Kitty was created by designer Yuko Shimizu, and is owned by Japanese firm Sanrio.  The character was first introduced in 1974 as a vinyl change purse.  The character is said to generate more than $1 billion annually, not including sales in Japan.