Expect to see the small pickup sometime in 2018.

Ford fans, prepare to be excited. Already we know that the Blue Oval plans to debut a new version of the Ranger here in the U.S., as well as a hardcore Raptor variant, but only lately have we seen more details emerge surrounding the new pickup. These spy photos are the latest telling signs, and preview the production body of the 2019 Ranger for the first time, hiding under a heavy amount of camouflage, of course. But there are some key details to make out.

Spied in FX4 trim, the Explorer-like grille is clearly distinguishable underneath the mesh covering. Small portions of the production headlights and taillights can also be noted. The taller ride height/off-road suspension, along with chunkier tires, underbody skid plate, and overall muscular appearance are all the clues we need to uncover its  FX4 designation. 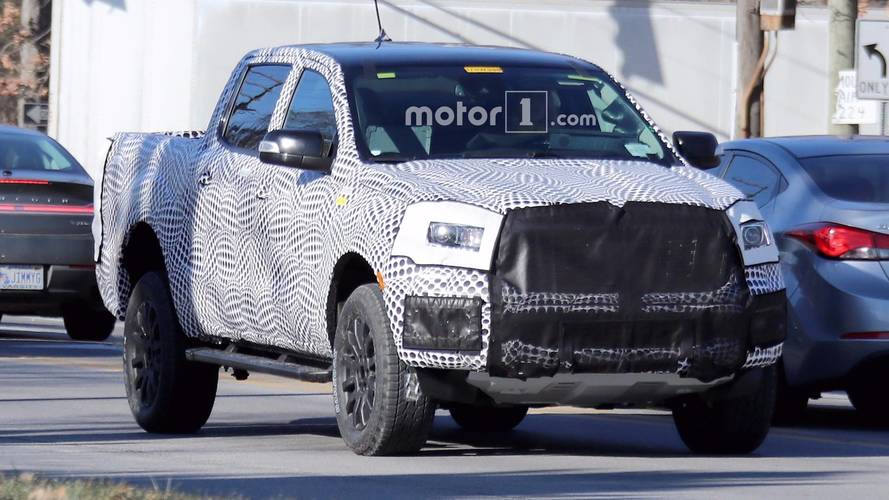 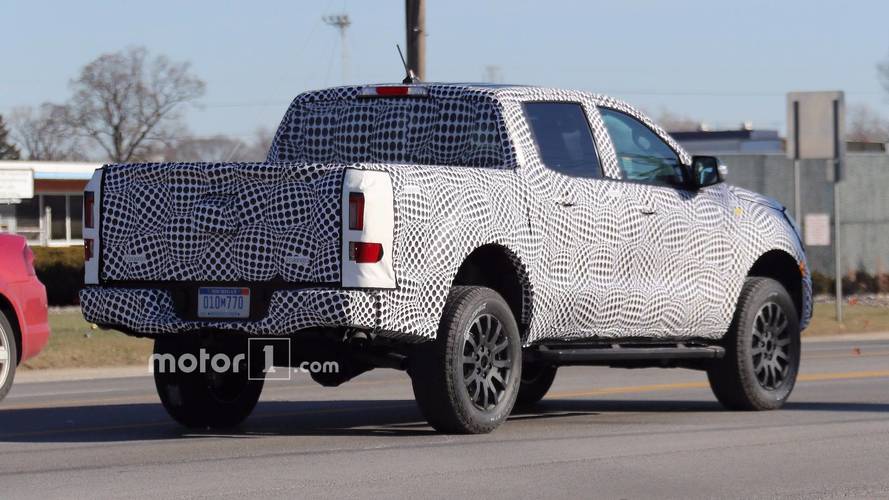 Under the hood, the Ranger is likely hiding a turbocharged four-cylinder EcoBoost engine. A 2.7-liter V6 is also rumored to join the lineup near the top of the range, and the high-performance Raptor version could wield a 3.5-liter EcoBoost unit. Each engine will come paired to a 10-speed automatic.

Of course, we won’t know all the details surrounding the new Ranger until the pickup makes its official debut. Expect to see the standard model sometime in 2018, with the high-performance Raptor version to follow later in 2019 or early 2020. Like the Bronco before it, the new Ranger will be built at Ford’s Wayne, Michigan, production facility. Most of the initial engineering and development will take place at Ford’s Asia-Pacific Engineering Center in Victoria, Australia, but as we've seen with spy photos, prototypes have been running around the U.S. since February.