Would The Lamborghini Urus Work Better As A Coupe? 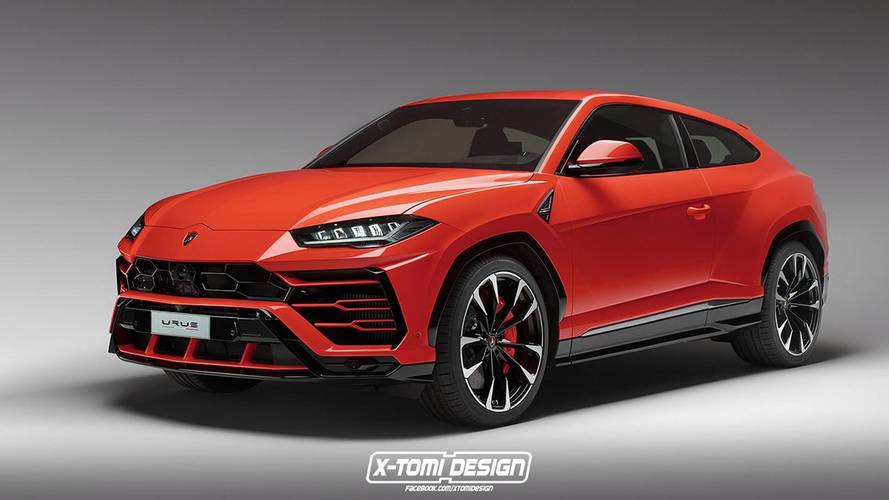 The super SUV ditches its rear doors in this new rendering.

Don’t let its four-door setup and hits high-riding persona fool you – the Lamborghini Urus is a supercar through and through. Under the hood is a birturbo V8 good for 650 horsepower (484 kilowatts), giving the super SUV the ability to sprint to 62 miles per hour (100 kilometers per hour) in 3.59 seconds, and on to a top speed of 186 mph (300 kmh).

It’s impressive enough that the Urus is able to put down that type of performance with four doors, but imagine the raging bull with just two. Artist X-Tomi Design has done exactly that in his latest rendering, and the coupe-styling fits the persona of the Urus surprisingly well. The SUV keeps its same aggressive personality, of course, but with the departure of the second set of doors it’s even easier to imagine the SUV in a performance setting.

The new rendering comes just a few days after the Urus SUV was given hardcore S and SuperVeloce treatments courtesy of rendering artists. The renderings propose two hardcore offerings for the new SUV – paired with a two-door setup, the S and SV look appropriately aggressive.

Two doors or four, the Lamborghini Urus is still one of the most potent SUVs on the planet. The company hopes to capture the Nürburgring SUV record with an attempt next spring. The time to beat is 7 minutes and 51.7 seconds set by the Alfa Romeo Stelvio Quadrifoglio.

A hybrid version of the Urus is also on the way, Lamborghini suggesting that a battery-powered version of the SUV is
"necessary" for the brand moving forward. The Urus PHEV could adopt the Porsche Panamera Turbo S E-Hybrid’s engine, which combines for an output of 680 horsepower (507 kilowatts) and 626 pound-feet (850 Newton-meters), making it even more powerful than the gas-powered version.