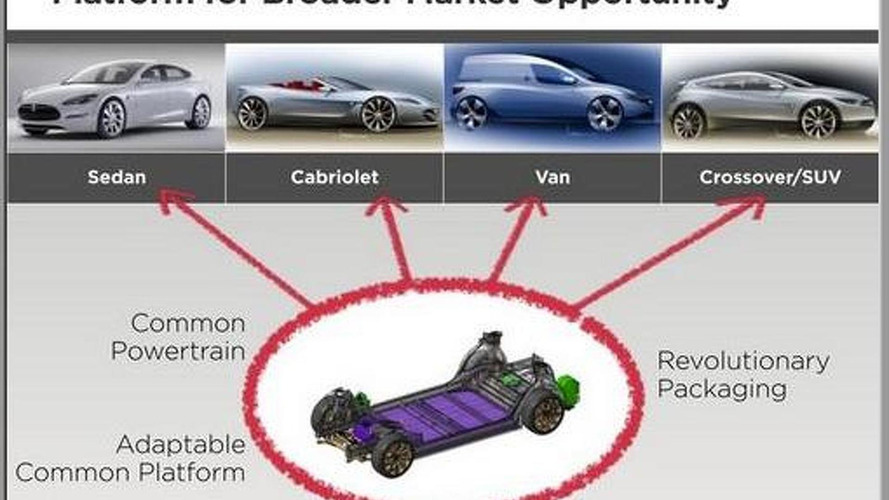 Tesla could go public next week, and will try to convince investors that a new cabriolet, van, and crossover from the firm are in the pipeline. The story inside.

Despite a history of allegations of financial impropriety and trouble, electric car manufacturer Tesla Motors is expected to have an initial public offering of common stock next week.  Company executives, including CEO Elon Musk, will have to work hard to convince Wall Street of their firm's worth, and that means getting people to look past recent high-profile problems.

Amongst those problems are the company's allegedly high debt level, a history of delays amongst their product line, their split with Lotus, last year's recall of nearly all Tesla Roadsters delivered, and the death of three engineers, two of which were senior employees, in a plane crash.  Look for Musk to try to turn focus to the recent acquisition of a former Toyota plant, the investment of $50 million by Toyota in Tesla, and the company's development of new vehicles.

Musk's presentation is expected to include the possibility of the Tesla Model S platform being used on a convertible, van, and crossover SUV.  Musk will need to convince potential investors of Tesla's ability to provide vehicles capable of the mass market.

Look for the Tesla Motors IPO to take place on June 29.  The company will issue 11.1 million shares, with trading expected to begin between $14 and $16 per share.  Tesla hopes to raise up to $178 million through the offer.