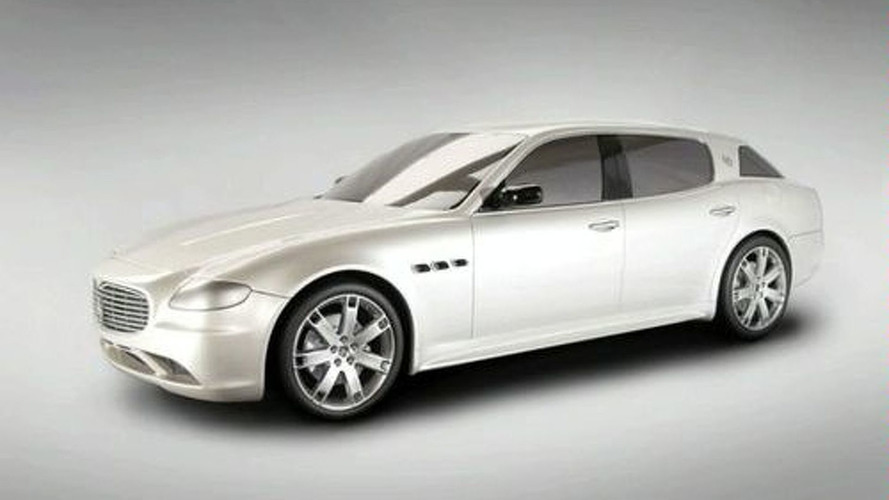 StudioM and StudioTorino create a unique shooting brake of the Maserati Quattroporte called Cinqueporte, but Maserati does not want it to be named after the brand

According to the Italian newspaper La Repubblica, Maserati does not want this new car to be named a Maserati. Pity, since the Cinqueporte, a project from StudioM and Studio Torino, the creator of the Ruf RK CoupÃ©, is just gorgeous and would not be possible if it was not for the Quattroporte.

The car has not been created so far. These images, as some may have already perceived, are based on 1:4 scale model of Quattroporteâ€™s shooting brake. Anyway, it will turn into a real car, whose owner is already waiting for it. The Arab customer, whose name has not been disclosed, has already bought other shooting brakes based on Ferrari models to use them exactly for the purpose they have been created for: hunting. In this specific case, in the desert.

Although the engine will be kept the same (and it is already powerful enough), external changes will be noticeable. Besides the new rear door, instead of the regular trunk, the car will be painted in mother-of-pearl white, while its columns will be black with gold particles. The front end will receive a new bumper, more aggressive, with larger air intakes. With foldable rear seats, the fuel tank in the Cinqueporte will have to be moved (in the Quattroporte, it is placed right behind the rear seats and takes part of the trunk cargo space). That would be a problem in countries with more strict safety rules for homologation, but not in the customersâ€™ country, what will save him a lot of money. Not that the guy is concernedâ€¦