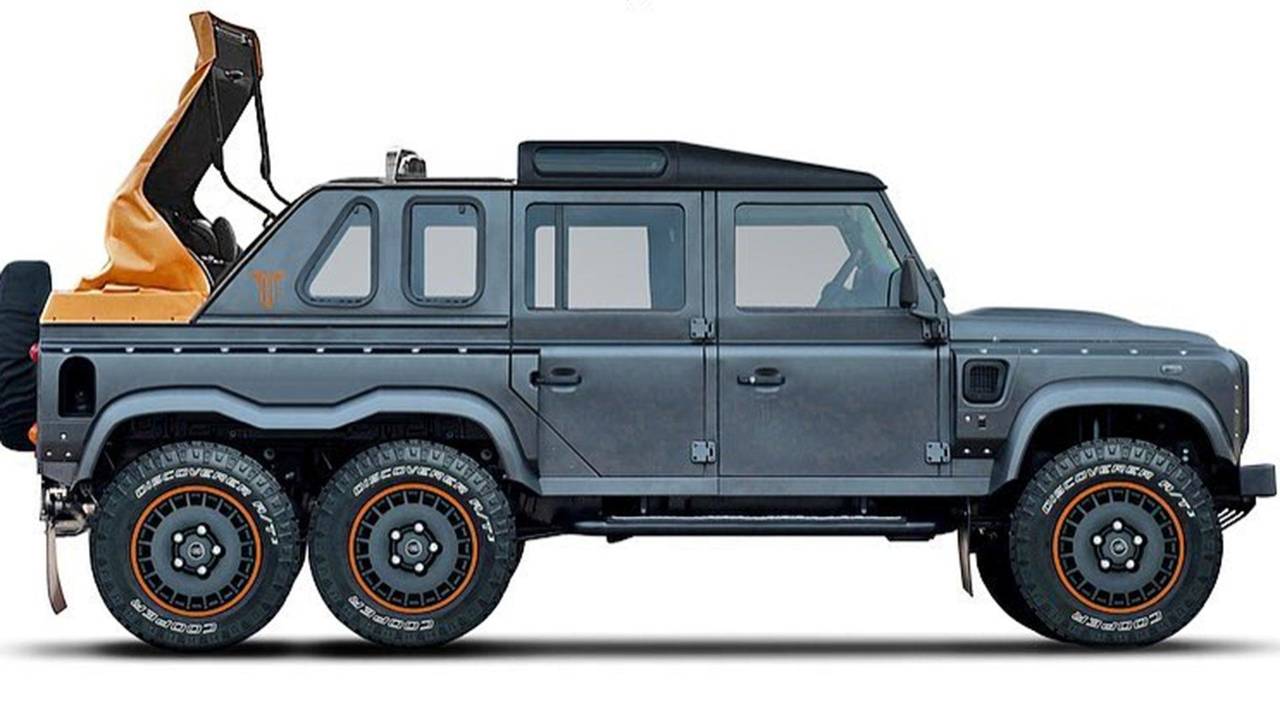 The company's existing six-wheeled Defender forms the basis for this soft top variant.

Kahn Design has teased a new version of its six-wheeled Land Rover Defender for buyers that missed out on getting a Mercedes-Maybach G650 Landaulet or just wished that big SUV had an extra axle. Kahn calls it the Flying Huntsman 6x6 Soft Top.

For now, details about this six-wheeled, semi-soft top SUV remain scant, but the firm says more info is coming soon. Much like the G650 Landaulet, occupants in front have a hard roof that provides weather protection. However, occupants in the very back can retract the top for an open-air ride. It's the perfect solution for taking a chauffeured ride through the wilderness.

Kahn premiered its Flying Huntsman 6x6 hardtop at the Geneva Motor Show in 2015. The initial concept used a 6.2-liter V8 with 430 horsepower (320 kilowatts). Traction wasn't a problem thanks to six-speed automatic gearbox, two-speed transfer case, and locking differentials for the six-wheel-drive system. To fit this equipment and the extra axle, Kahn stretched the hood by 15.75 inches (400 millimeters) and the passenger compartment by 39 inches (1,000 mm). The SUV was also 5.9 inches (150 mm) wider than stock. Armored plating was an additional option. The luxurious interior included a crimson leather interior.

Mercedes built just 99 units of its own G650 Landaulet. They carried an original sticker price of 630,000 euros but values quickly inflated on the used market. For example, Bonhams sold the final example off the line for 1.2 million euros ($1.4 million at the time).