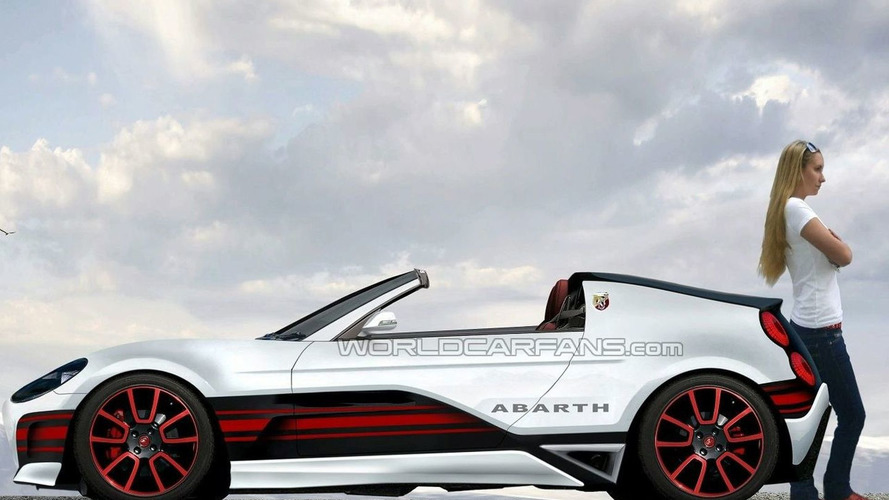 What has the same weight as an Abarth 500, but is 80 percent more powerful? Find out inside.

Abarth plans to launch its first self-branded car in nearly four decades, according to the Italian firm's sales and marketing chief Antonio Labate.  In an interview with Autocar, Labate said the two-seat sports car could hit showrooms by 2012.

The Fiat-owned brand is believed to be developing a mid-engined roadster, like the archived rendering seen here, though Labate says the car will be a coupe.  If it makes it to market, the car could weigh under 900 kg, but have an engine that kicks out over 240 horsepower (179 kW / 243 PS).  That means that, despite having a similar weight as the Abarth 500, it could be more than 80 percent more powerful.

“The brand is doing so well we will definitely bring our own standalone Abarth coupe model to market within the next two years," Labate said.  We can't wait.