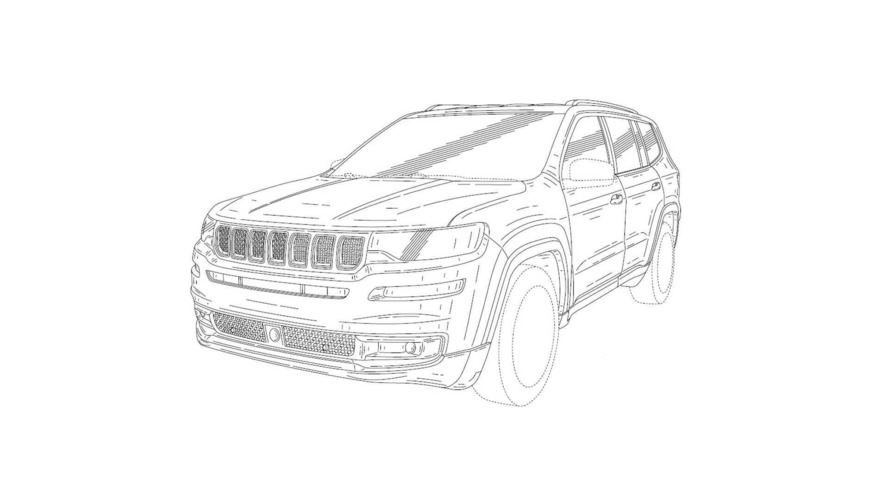 The seven-seat SUV is set to remain a China-only affair.

The new Wrangler may be all over the news in the United States, but Jeep is brewing an entirely different SUV in China these days. Some of you will remember those mysterious patent images posted towards the end of May depicting a large seven-seat model and now it appears we have a name for the model in question. AutoHome has conducted a series of investigations to discover several monikers that have been registered by Jeep with China’s trademark office.

One of them is for a model called “Grand Commander,” and there’s a good chance it will morph into a badge for the SUV depicted in the attached patent images also coming from the patent bureau in the People’s Republic. Should the overall design seem familiar, there’s a perfectly good explanation for that as the Grand Commander bears a somewhat resemblance to the Yuntu concept unveiled back in April during the Auto Shanghai show.

Pictured above, the Yuntu looks more interesting than the Grand Commander, but that’s usually the case with concepts compared to their production-ready counterparts. Rumor has it Jeep will take the wraps off the final version in April 2018 at the Beijing Auto Show, though an online premiere could occur sooner than that.

While the Yuntu was envisioned with a six-seat layout, the Grand Commander will feature a seven-seat interior configuration. As for power, a turbocharged 2.0-liter gasoline engine is reportedly set to find its way underneath that massive hood and will deliver somewhere in the region of 270 hp. Where have we heard that before? It’s the same four-cylinder unit inside the new Wrangler and a recent report indicates the facelifted Cherokee will borrow this mill as well.

Further down the line, the Grand Commander will also likely get a plug-in hybrid powertrain as demonstrated by the aforementioned Yuntu concept.