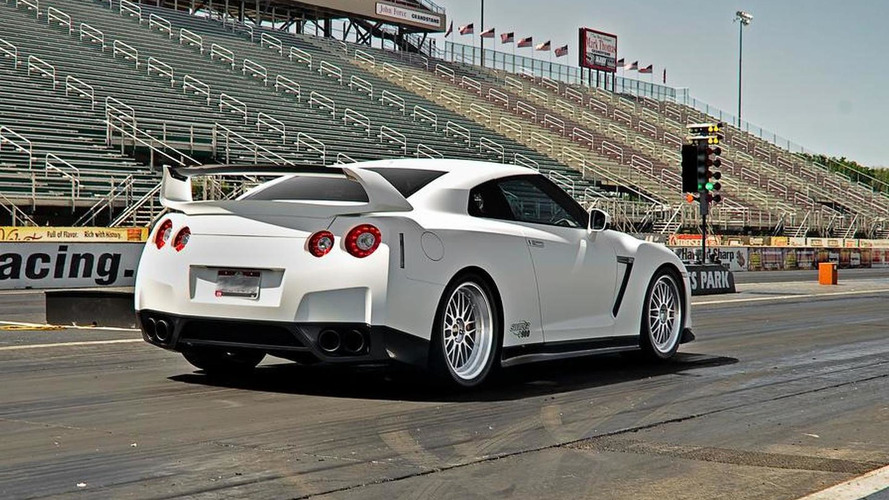 Check this out: another Switzer upgrade on the GT-R, bringing the car up to a massive 900 hp. The story inside.

Tuners at American firm Switzer Performance have set their sights (again) on the Nissan GT-R.  The Switzer GT-R E900 uses ethanol in place of conventional petrol from the pump, allowing the engineers to boost performance to an impressive 900 horsepower (671 kW / 913 PS).

This is a massive upgrade on the already-fierce GT-R P800 (seen in the video here), which used petrol to get 800 hp (597 kW / 811 PS).  To go that big extra step further, the tuners installed a new custom transmission built by New Zealand outfit Dodson Motorsports.  Unsure if the GT-R's transmission could take 900 hp, the new box offers a larger clutch area to guarantee "smooth shifting at every speed," according to company founder Tym Switzer.

That led to the use of commonly available E85, instead of racing fuel.  "We didn't want to just deliver a race-gas package that tethered the client to a fuel drum in his garage, but we wanted to be able to turn up the boost, also," said Switzer.

E85 is not uncommon around Switzer HQ in Ohio.  In a region dominated by cornfields, the use of E85 became apparent.  However, there are drawbacks.  "We had to modify the fuel system to handle the fuel and significantly increase the size of the injectors, also, but in the end we had a fuel that gave us everything we needed to crank up the boost on this car and deliver over 900 hp."

Sprint times were not revealed, but the company did divulge that the Switzer GT-R E900 can blast from 60 to 130 mph in under six seconds.  The upgrade package is now available from the company at an undisclosed price.