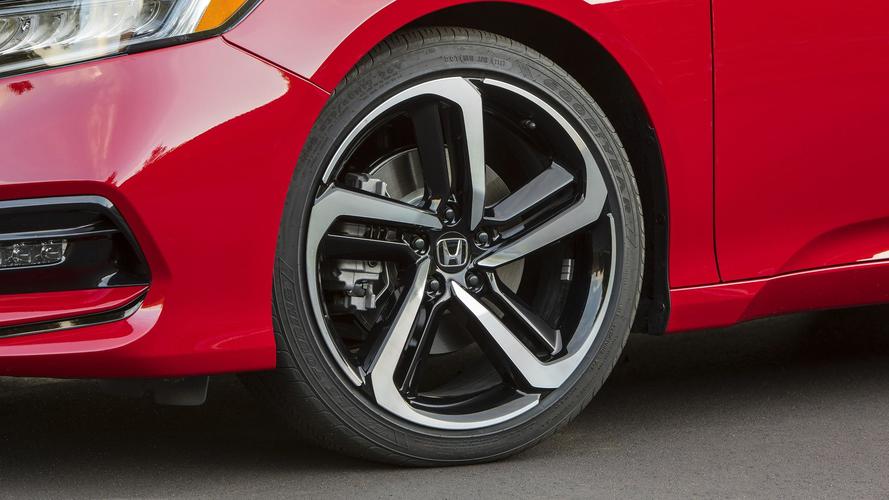 An alarm installed after the first theft was not enough to keep the perpetrators away from leaving the sedan on a set of bricks for the second time.

If you thought you were having a bad week, you might want to rethink that as it probably pales in comparison once you hear Anthony Greer’s double misfortune. Early morning on November 28, the midsize sedan parked somewhere in Prince George's County was left without all of its four wheels after a thief snatched them and left the car on bricks. Surveillance footage shows that it happened around 3:32 AM when the criminal arrived at the scene and got out of a car to steal the Honda Accord’s wheels.

Upon finding his wife’s car on bricks in the morning, Anthony Greer of Adelphi, Maryland, decided to take some safety measures so that it wouldn’t happen a second time. Despite installing a Viper alarm system (with a tilt sensor), it happened yet again. The Accord’s shiny new set of wheels were stolen on December 5 at about 5 AM and the car was left on concrete blocks once more after the thief managed to break the wheel locks.

It’s not known at this point whether the Prince George's County Police Department is dealing with the same thief who had the audacity to return at the scene of the crime or the author of the second theft was a different person. It’s likely the thief was specifically targeting the wheels, not the tires. The reason for that is because the rims boast a common bolt pattern and that means these can be installed on a multitude of cars, thus allowing the thieves to sell them right away and make a quick profit.

The Honda Accord is known to be popular among thieves in recent times in the United States, with the wheels being the most vulnerable as Anthony Greer discovered the hard way within seven days.