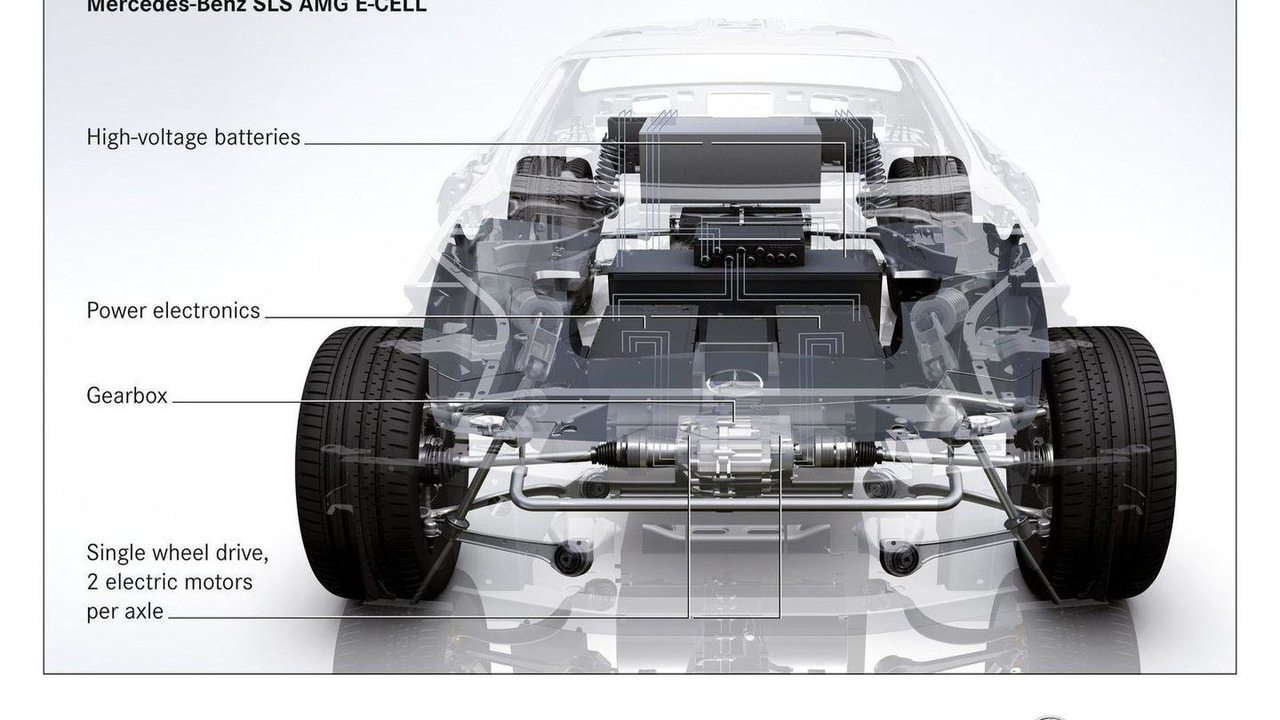 The upcoming, all-electric Mercedes-Benz SLS AMG E-Cell is being previewed possible some years before it comes to market. Check out a few facts inside.

Mercedes-Benz has shown a sneak preview of the SLS AMG E-Cell Prototype. While some future competitors are still unveiling hybrids, the E-Cell will be powered in full by electricity through lithium-ion polymer battery modules. These are located in the centre tunnel just behind the two seats.

Minimal adjustments were made to accommodate the new powertrain, including using an independent multilink front suspension with pushrod damper struts, instead of the double wishbone used by the petrol powered SLS AMG.

Too keep things cool there are two cooling circuits, an extended front apron to assist airflow under the body, as well as an extendable front splitter which the driver can control through a button. The SLS's optional ceramic composite brakes with sizes 18.5-inches up front and 14.2-inches at the rear are fitted.

Outside you will see a wider front grille, LED headlights, new air outlets on the bonnet, 19-inch front and 20-inch rear wheels with 265/35 and 295/30 tyres respectively.

The interior features an AMG instrument cluster with displays for speed, charge status, a mix of leather and Alcantara for the seats and a 10-inch touch screen among others.

No tentative launch dates have been released, except to say the SLS AMG E-Cell is part of the company's 2015 strategy of reducing fuel consumption and carbon emissions.