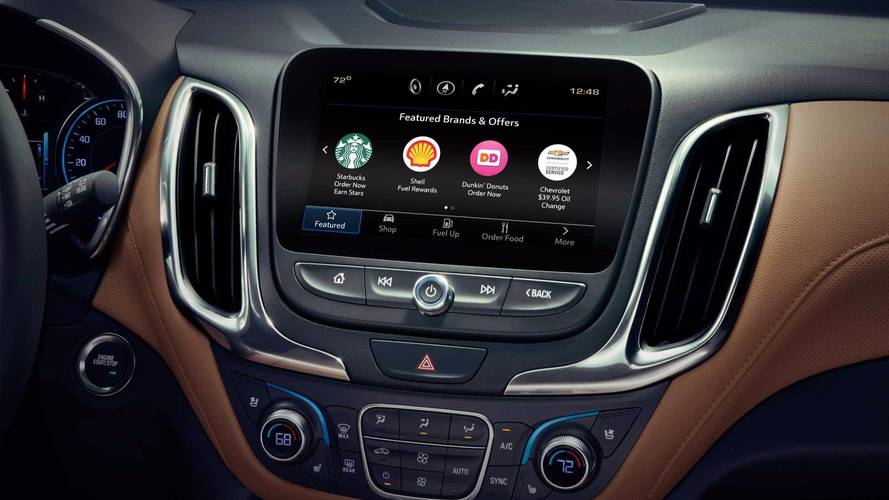 It seems some people think buying food while driving could be distracting.

Less than a day after announcing it would give drivers the ability to shop and purchase things while driving, General Motors has come under fire for its new Marketplace app that will be available in select models with compatible infotainment systems. According to Bloomberg, the National Safety Council has dished out some harsh criticism of the system, which will allow drivers to browse and purchase everything from Starbucks coffee to hotel rooms through Priceline.com. Obviously, the notion of a driver diverting attention from the road to order up some take-out seems a bit unsafe to some, especially National Safety Council President Deborah Hersman.

"There’s nothing about this that’s safe," said Hersman, speaking to Bloomberg. "If this is why they want Wi-Fi in the car, we’re going to see fatality numbers go up even higher than they are now."

The fatality numbers Hersman references are from 2016, which show 37,000 people in the U.S. died in automobile accidents; an increase of 5.6 percent from the previous year. The numbers also say that, of all vehicle crashes, a full 25 percent were the result of distracted driving.

Distracted driving certainly isn’t anything new – just ask anyone who’s ever driven with children under the age of 10. But there’s also no denying that modern cars with increasingly complex infotainment systems command attention that should perhaps be elsewhere. One could easily argue that tweaking climate control functions or adjusting vehicle parameters are a necessary evil for drivers to balance while driving. Browsing for the cheapest gas price or ordering dinner from IHOP on the other hand, not so much.

In response to the criticism, a General Motors spokesperson told Bloomberg that the automaker’s goal is to offer a safer, simpler alternative to using a phone to make these orders, and that Marketplace is in accordance with driver-distraction guidelines set forth by car companies. Of course, using a phone in such a manner is now illegal in many states, so moving the process to a center-mount screen that requires drivers to not look at the road could be argued as not being safer at all.

Some might even say GM’s solution is akin to using a leaf blower to dust your living room. It’s quicker, and definitely convenient. And we all have that one throw rug we trip on, so it might even be a bit safer. But in the end, it’s still a dumb idea.

It will be interesting to see how this plays out in the weeks and months to come, as GM uploads the app to compatible Chevrolet, Buick, Cadillac, and GMC models. We wouldn’t be the least bit surprised to see the app modified to only function when the vehicle is stopped, but only time will tell.