Lightweight Alpine A110 Sport With 300 HP Under Development 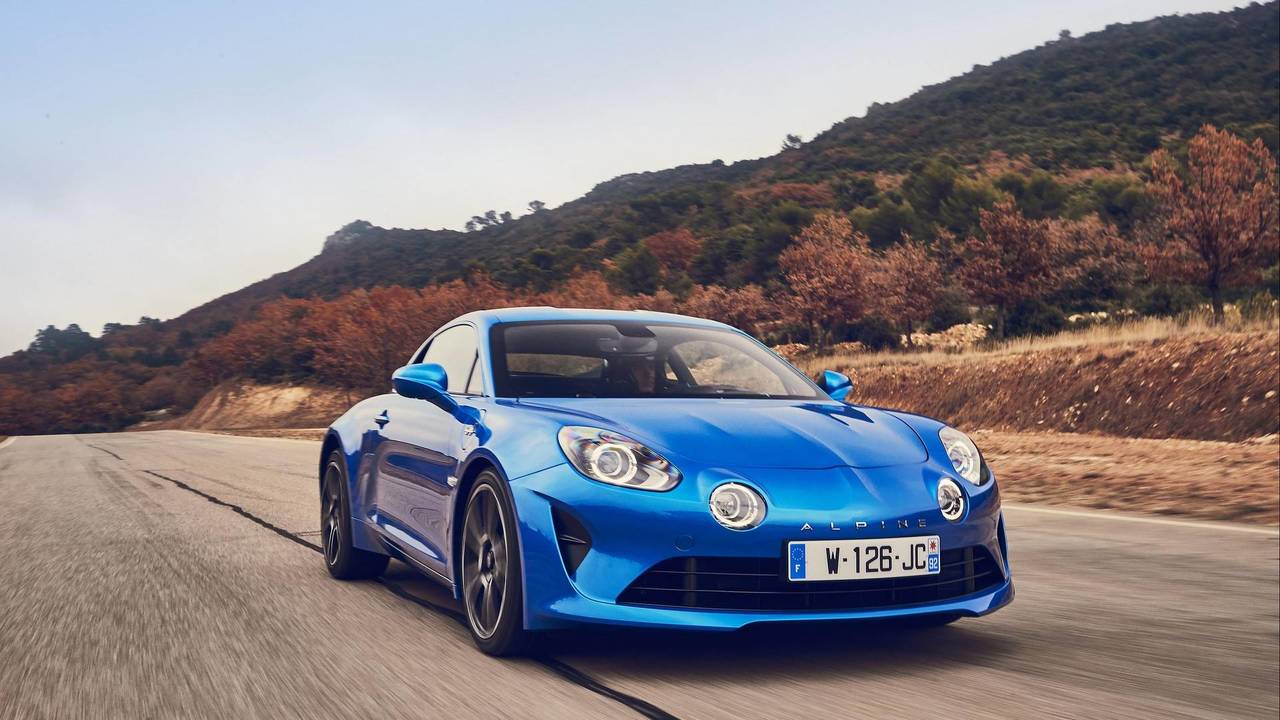 Alpine thinks it can shed pounds by stripping things out of the cabin.

One of Europe's most tantalizing pieces of forbidden fruit might soon get a little bit sweeter because Alpine reportedly already has a hotter variant of the A110 on the drawing board under the codename Sport Chassis. The existing turbocharged 1.8-liter four-cylinder's output would grow to around 300 horsepower (224 kilowatts) from 252 hp (188 kW) in the current tune.

Alpine's engineering team would also make an effort to cut weight off the already lithe coupe. According to Auto Express, the crew believes there's around 110 pounds (50 kilograms) to take off the scales by stripping unnecessary amenities out of the cabin. A stiffer suspension and revised gearbox tuning would make the most out of the extra power and lower weight. According to Auto Express, the changes might allow the A110 Sport Chassis to reach 62 miles per hour (100 kilometers per hour) in four seconds or less, which is at least a half-second quicker than the current model.

These tweaks seem to take cues from what Alpine is doing with the A110 Cup (above) for next year's one-make racing series. The track-spec cars use a version of the 1.8-liter turbo engine that makes 270 hp (201 kW), and a six-speed sequential gearbox replaces the road-going model's seven-speed dual-clutch transmission. The suspension sits 1.6 inches (40 millimeters) lower than stock, and Öhlins adjustable dampers allow for tuning the setup to different courses. Brembo-supplied brakes include six-piston calipers in front and four-piston units in the rear. Alpine intends to build 20 examples of the Cup for the 2018 season.

Now that the revived Alpine brand has a sports coupe, the next order of business is to create a compact performance crossover for rivaling the Porsche Macan. Not much is known about the upcoming vehicle, but Alpine would reportedly take a platform from its parent, Renault, as a starting point. The brand's trademark low weight and high-output four-cylinder engine would very likely be part of the crossover.