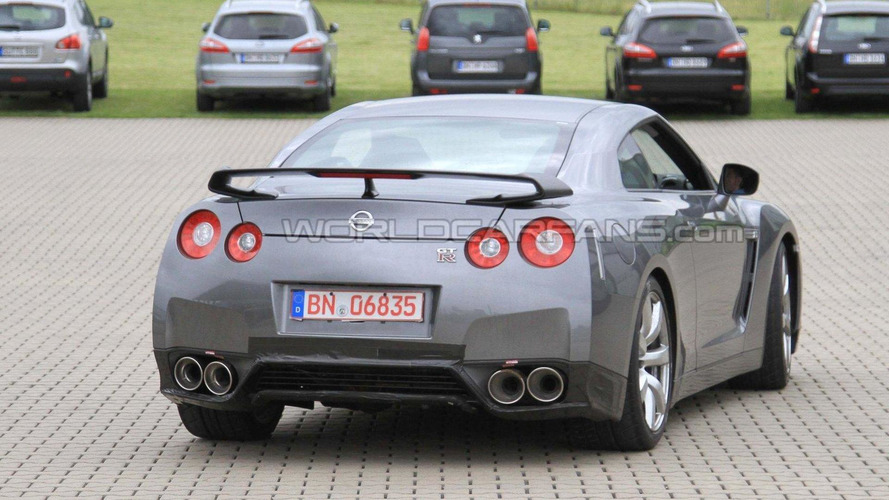 Two camouflaged prototypes of the upcoming GT-R in both standard and Spec V configurations are spotted. Changes to the GT-R include new upper-front grille and a redesigned rear diffuser.

Here are some spy pics of one (of two) Nissan GT-R prototypes doing some testing at the Nurburgring circuit in Germany.

One of the camo-dressed prototypes appears to be a Spec V configured GT-R while the other is a standard model. Both, though, are sporting the same changes including the reshaped upper grille - now more horizontal without the upturned corners of the previous GT-R - and the new rear diffuser which makes for a huskier rear stance.

With the camo covering the bumpers and other touches and ducts - such as the corner flares behind the rear wheels which also hint at a larger detailed, more aggressive look - we can expect a facelifted GT-R to come with a substantial amount of changes.

The new GT-R is expected to debut later in the year.